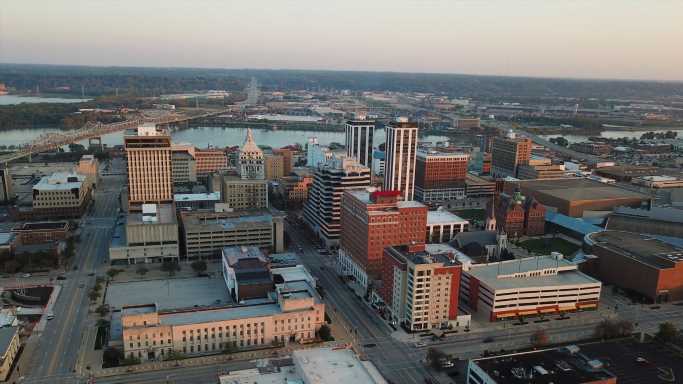 The COVID-19 pandemic upended just about every aspect of everyday life. Seemingly within the blink of an eye in March 2020, schools and businesses shut down, social distancing became de rigueur, many people began working remotely, and we shifted our focus to “flattening the curve.” With this upheaval, some people began rethinking their living situation and decided to relocate.

To identify metro areas that shrunk the most in the last year, 24/7 Wall St. reviewed population change data from the U.S. Census Bureau. We ranked all U.S. metro areas on the percent change in residents from July 1, 2020 to July 1, 2021. The population of the fastest shrinking metros declined anywhere from 0.5% to 5.3% during the pandemic. (See also: The 16 states where the population shrank since the pandemic started.)

People decide to move for a wide variety of reasons. Some are simply looking to upgrade to a nicer house or apartment. Some start a new job. Some grow their family. Some move in order to send their kids to better schools or to escape to a more hospitable climate.

From March to November 2020, at the height of the pandemic, about 5% of Americans moved either permanently or temporarily, according to a study by the Pew Research Center. A full third of those people moved for financial reasons, 17% moved to be near family or a partner, and 14% moved to a place with a lower coronavirus risk.

During the first year of the pandemic, it might have seemed as if lots of people moved, but in reality, overall moves plummeted to the lowest levels since 1947, with only 8.2% of residents moving, down from 9.0% the year before, according to Census Bureau data. The percentage of people who move has actually been consistently declining since the 1960s, when about one-fifth of Americans changed residences annually.

Quite a few of the metro areas on this list are among the very large, highly densely-populated, and most expensive (for housing and general cost of living) metropolitans. The Los Angeles, New York, San Jose, San Francisco, Chicago, Pittsburgh, New Orleans, Boston, and Miami metro areas are all in the list. Some also happen to be on the list: the most expensive metro to buy a home in every state.