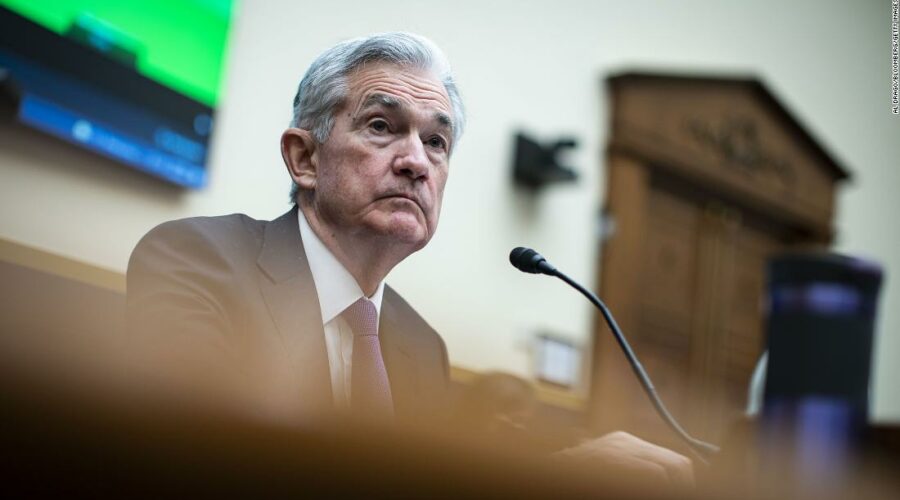 New York (CNN Business)America’s inflation spikes have prompted the Federal Reserve to pick up the pace in normalizing its pandemic-era monetary policy.

On Wednesday, the central bank said it will wrap up its stimulus program faster, and its economic projections showed multiple interest rate increases in 2022.
The central bank, which first announced in November that it was “tapering” its monthly asset purchases, said Wednesday that it will do so at a quicker pace.

This is consistent with what Federal Reserve Chairman Jerome Powell told Congress in late November.

At this pace, the Fed is another two meetings away from completing the wind down of the stimulus, Powell told reporters during Wednesday’s press conference. The next two meetings will be in January and March.
But the central bank also reserves the right to change the pace of monthly purchases again if the economic outlook demands it, Wednesday’s statement said.

The December policy update also included a summary of economic projections, the so-called “dot plot.”
Fed officials now predict the central bank’s benchmark interest rate to rise to 0.9% in 2022, up from the 0.3% expectation from September, signaling additional interest hikes.
To investors and market watchers, this signals three rate hikes next year. So far, market expectations for an interest rate increase are really picking up in May, according to the CME FedWatch tool.
Any rate increases will likely be gradual, Powell told reporters during Wednesday’s press conference.
And once rates are raised, the next challenge for the Fed will be reducing its enormous balance sheet.
“We had our first discussion about the balance sheet,” at this month’s meeting, Powell said, even if any action in that regard is still far off.

US inflation has still not come down from its highs. Last week’s consumer price inflation report showed prices have risen to a 39-year high over the 12-month period ended in November. (CPI isn’t the Fed’s preferred measure of inflation, though; the price index tracking personal consumption expenditure is.)

Powell acknowledged that there’s a real risk that the high pandemic-era inflation will stick around for longer than initially expected.
“One of the reason the behind our move today is to put us in a position,” to deal with inflation, Powell said.
Source: Read Full Article