In a sign of life going back to normal, a capacity crowd at the Ed Sullivan Theater — face masks optional — roared for the highest-rated late night host. 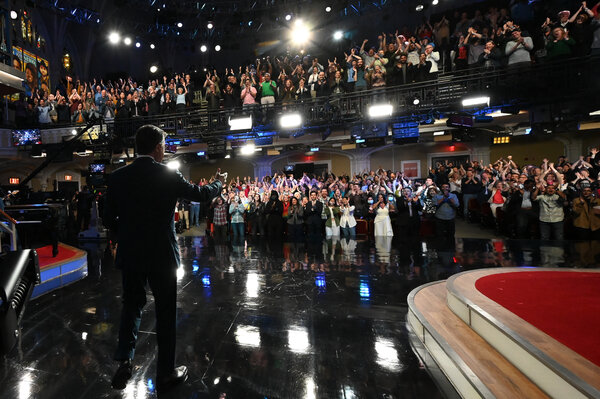 “So how ya been?” Stephen Colbert said to a roar of laughter from a crowd of more than 420 people — all vaccinated, most of them maskless — at the Ed Sullivan Theater in Midtown Manhattan.

The CBS late night host was back in his element on Monday, connecting with a capacity crowd 460 days after the coronavirus pandemic had emptied the theater where he has worked since 2015. He was reveling in the moment.

“I am proud to say that we are the first show back up on Broadway,” Mr. Colbert said, adding a profane taunt of “The Lion King.”

The return to the stage of late night’s highest-rated host was one of the clearest signs yet, in television and in New York cultural life, that things were starting to get back to normal.

During an interview in his office last week, Mr. Colbert sounded eager to get back in the spotlight. “I’m like a dog who’s got his head out the window and can smell that we’re near the farm,” he said. “I’m ready to be out of the cage.”

There were 213 audience-less episodes of “The Late Show With Stephen Colbert,” broadcasts that came with off-camera chuckles from his executive producer, Chris Licht, and his wife, Evie, in place of big laughs from a packed hall. The usually buttoned-up host ditched his suit and grew out his hair.