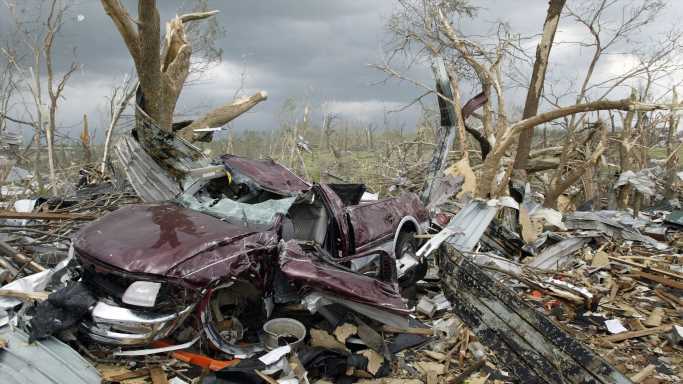 Nine out of 10 U.S. counties have experienced a federally declared climate disaster between 2011 and 2021, according to a recently released report. Disasters such as flooding, wildfires, hurricanes, winter storms, or other extreme weather events affected nearly every part of the country.

This means most U.S. residents are potentially in the path of natural disasters, which are becoming more frequent and powerful amid global warming.

Federal aid to help states prepare for and clean up after weather-related events comes largely from the Federal Emergency Management Agency and the Department of Housing and Urban Development. According to the recent report, these agencies have dispersed $91 billion in disaster aid to states from 2011 to 2021, led by $26.3 billion to New York and $14.8 billion to Texas.

Superstorm Sandy in 2012 was the costliest natural disaster in New York and New Jersey in this period of time, while Hurricane Harvey in 2017 and a devastating winter storm in 2021 were the costliest weather disasters in the Lone Star state in that 10-year span. (Here are the most destructive storms in U.S. history.)

Seven other states have received more than a billion dollars in weather-related disaster aid from FEMA and HUD since 2011, including hurricane-prone Florida, Louisiana, and both Carolinas.

Louisiana, the country’s 25th most populous state, ranks at the top in weather disaster aid as measured on a per capita basis. In other words, Louisianans have received the highest amount of disaster aid when adjusting for its population size: $1,736 per resident. The only other state to have per capita FEMA and HUD aid for natural disasters above $1,000 per resident is New York, the country’s fourth most-populated state.

A string of massive seasonal wildfires from 2011 to 2021 helped put California as the sixth largest recipient of federal weather disaster aid. California is also the state with the highest number of climate disaster declarations. Five other states have issued 20 or more disaster declarations from 2011 to 2021: Tennessee, Iowa, Mississippi, and Oklahoma, in part due to powerful weather events like tornadoes and thunderstorm supercells.

California, the country’s largest state by population and gross domestic product, also has 1,966 polluted Superfund sites, the highest number in the nation. Other high-population states like New Jersey, Florida, and New York also have among the highest number of these polluted sites. (Here are the 13 most destructive wildfires in U.S. history.)

Here are the states with the most weather disasters.