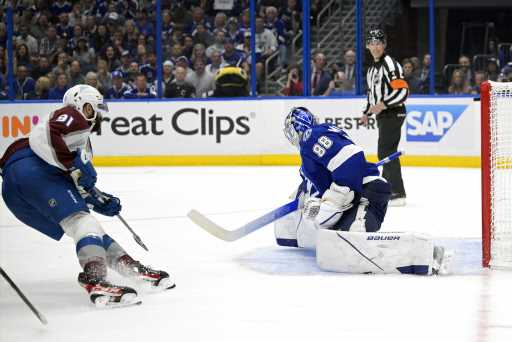 Game 4 of the 2022 Stanley Cup finals proved a win for the Colorado Avalanche and ABC last night.

A goal by Avalanche center Nazem Kadri in OT of the NHL match-up with reigning champs the Tampa Bay Lightning put the Centennial State team just one more victory away from claiming their first Stanley Cup since 2001. All that drama on the ice in Tampa’s Amalie Arena also saw the Disney-owned network win Wednesday night among adults 18-49 and overall audience in early numbers.

Tied with the 8 p.m. broadcast of The Price Is Right At Night on CBS for total sets of eyeballs, Game 4 of the 2022 Stanley Cup Finals is up just over 11% in viewers from the early results for June 20’s Game 3. That 6-2 win by the Lightning went on to rise to around 4.1 million viewers and a 1.2 rating in the final data.

Looking back on the 2021 Stanley Cup, ABC’s experiencing stratospheric leaps over NBC’s airing of the Finals last year. Only the second Game 3 of a Stanley Cup to be shown on a broadcast network in over a decade and a half, the final numbers for Game 3 of the 2022 NHL showdown was up a whooping 65% in total audience and an amazing 83% in the ratings.

Played on July 2 last year, the 2021 Game 3 saw then defending champs the Lightning school the Montreal Canadiens 6-3 in the Quebec metropolis. Angling for a four-game sweep, the Lightning were stymied by the 3-2 winning Canadiens in Game 4 on July 5 in Montreal. That battle pulled in 2.92 million viewers for the Comcast-owned net. The whole thing was over on July 7, when Tampa beat Montreal 1-0 to claim the Cup. In a very East Coast centric finals, that 2021 Game 5 was seen by 3.51 million viewers and had a demo rating of 1.9.

Elsewhere in primetime, the CW’s second to last episode of The Flash’s eighth season sped things up a bit. With an two- month audience best, the superhero series drew nearly 620,000 viewers. In terms of the 18-49 crowd, Flash once again garnered a 0,1 rating

After a night of strong game show performances both in new and a repeat, second place overall CBS’ encore of One Last Time: An Evening with Tony Bennett and Lady Gaga special probably suffered up against the hockey competition with 1.65 million viewers and a 0.2 rating.

Colorado and Tampa Bay meet up for Game 5 tomorrow on ABC in what could be the end of this year’s Stanley Cup. In the meantime, take a look at our chart below for an overview of all of last night’s puck heavy primetime: 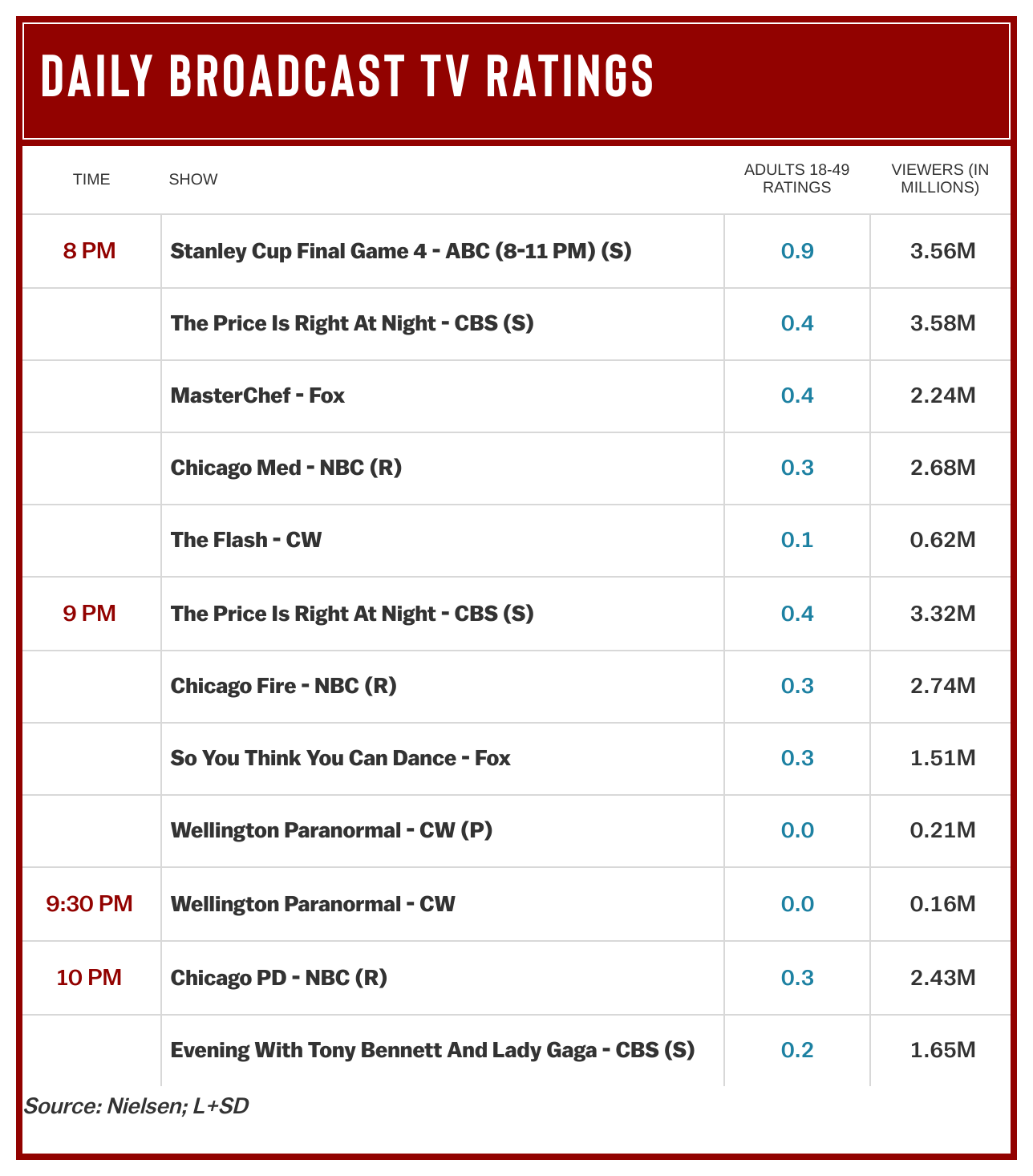