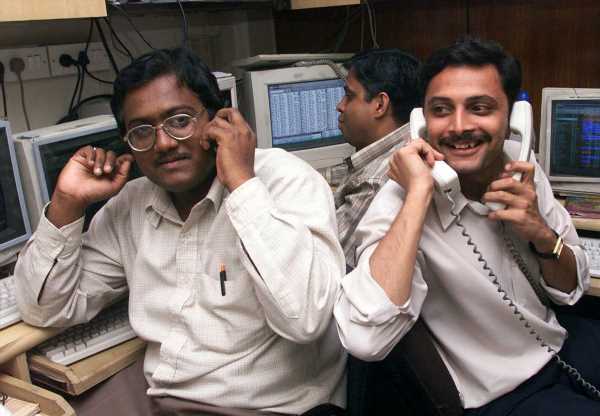 Stock market minnows put up a stellar show in 2021 giving returns of up to 60 per cent amid Dalal Street dream run and are likely to continue sailing northwards in the New Year too. From reaching the momentous 50,000-mark in January to scaling 61,000-level in October, the BSE Sensex had an epic journey this year.

“We are in a structural bull market where midcap and smallcap stocks tend to outperform.

“It was a very tough period for midcap and smallcap stocks from the beginning of 2018 to March 2020 because of the announcement of Long-Term Capital Gains (LTCG) and regulatory changes in the mutual fund industry therefore valuations were attractive.

In a similar fashion, the smallcap index jumped to its record high of 30,416.82 on the same day.

Markets also continue to put up a brave face after the pandemic ravaged the initial part of 2020 which saw the bears in full force as concerns over lockdowns also hurt economic activities.

“There are mainly two reasons for the outperformance by smaller indices.

“These indices had underperformed after their massive outperformance in 2017.

“Therefore, a lot of the increase was due to a ‘catch-up rally’ in high-growth smallcap stocks,” Abhay Agarwal, founder of Piper Serica, said.

Secondly, he said that continuous selling by FPIs in frontline stocks in the latter part of the year brought down the benchmark while the smallcaps continued to see inflows from DIIs and HNIs and retail investors.

According to analysts, smaller stocks are generally bought by local investors while overseas investors focus on bluechips or large firms.

The midcap index tracks companies with a market value that is, on an average, one-fifth of bluechips while smallcap firms are almost a tenth of that universe.

The Sensex gained 15.7 per cent in the memorable year 2020, where the benchmark index witnessed both ruthless selling and massive buying.

Small and midcap indices emerged as markets favourites in 2020.

Small and midcap stocks had gained up to 24.30 per cent last year.

On the road ahead for smallcap and midcap indices next year, Nyati said, “bull market is likely to continue for at least the next 2-3 years, therefore outperformance of midcap and smallcap stocks will also continue to do well.

“However, investors have to be very selective from here.”

Motilal Oswal Broking and Distribution in a note said that while the market trend might be volatile in the near term on account of potential risk from Omicron variant and fragile global cues, in the long run, strong earnings delivery along with positive macro-economic data would hold the key to drive markets upwards.

2021 turned out to be a remarkable year, delivering high returns to equity investors.

“There are a couple of things that stood out as long-term game changers.

“Firstly, a very robust IPO market provided Indian retail investors with an opportunity for the first time to invest in leading consumer tech companies like Zomato, Nykaa, PayTM and Policybazaar.

“Secondly, markets saw strong participation from domestic investors even while there was significant sale by FPIs.

“The latter was heartening to see because it is very important to have strong domestic participation to build a strong capital market,” Agarwal said.

Analysts said 2021 turned out to be the best IPO year in two decades for the Indian equity market with over 60 companies coming out with their initial public offerings.

“It has been a great year for investors without too many hiccups. Many stocks and many IPOs rewarded investors with handsome returns,” Nyati said.

In a reflection of strong investors’ interest this year, several IPOs, including that of Devyani International, Nazara Technologies, Go Fashion (India) Ltd and Rolex Rings, got subscribed over 100 times. Most of the IPOs also listed with a premium over their issue price after receiving massive subscription.

In the note, Motilal Oswal Broking and Distribution said Nifty touched a record high of 18,600 in October 2021, buoyed by decline in COVID cases, significant pickup in the pace of vaccination, and the consequent sharp recovery in economic activity.

“Consistently, positive earnings surprises also led to re-rating and rally in the market.”

On sectors to have emerged as the biggest winners from the smaller indices in 2021, Nyati noted, “two leaders of this bull run — metal and IT — continued to do well for the second consecutive year while realty, capital goods and infrastructure are emerging as new leaders that may outperform in coming years.

“Relatively smaller but very old sectors, textile and sugar, surprised the street with their outperformance.”

After touching its new high in October, Nifty corrected more than 10 per cent in the last two months, led by global factors, including US Federal Reserve’s taper announcement, higher commodity prices and strengthening of the US Dollar Index.

“A total of 63 companies raised Rs 1.19 lakh crore through IPOs, making it highest ever fundraise in a particular year.

“FIIs turned big sellers and have been consistently selling since October 21.

However, it was counterbalanced by DIIs who have been consistent buyers in the market, along with record participation by retail investors in India,” according to Motilal Oswal Broking and Distribution.

Sentiments were impacted across global equities in November with detection of the new COVID variant Omicron.