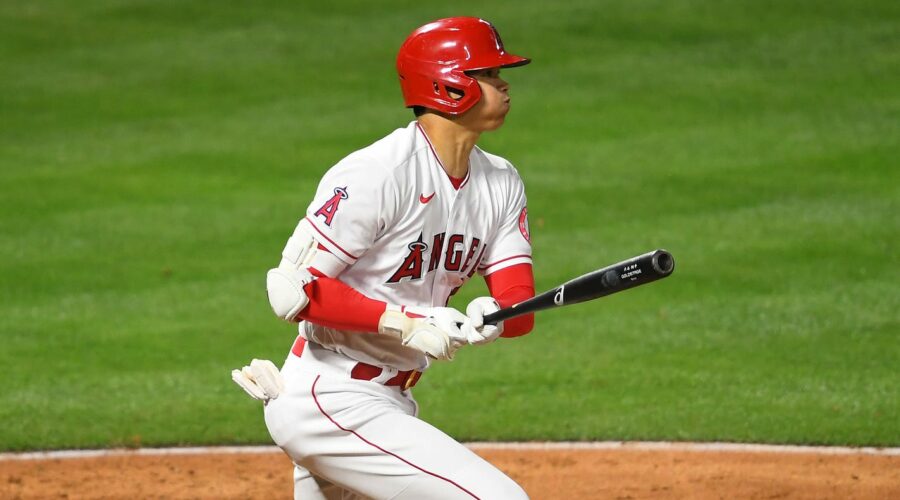 After pitching a shutout inning to open the game at Angel Stadium, Ohtani – who was batting second in the lineup – clobbered a home run on the first pitch he saw from White Sox starter Dylan Cease. It was Ohtani's second home run of the young season, after hitting his first of 2021 on Friday night.

Ohtani is just the third pitcher over the last 45 seasons to hit for himself in a game with the designated hitter available. He's also the first pitcher to bat second for a team since Jack Dunleavy did it for the St. Louis Cardinals on Sept. 7, 1903.

But can your pitcher do… THIS? pic.twitter.com/vW7nesRyZ6

No Angels pitcher had ever hit for himself in a game with the designated hitter available since the rule was implemented in the American League in 1973.

An AL team hadn't declined to use the DH in a game in which it was available since May 17, 2009, when current Angels manager Joe Maddon's Tampa Bay Rays did it accidentally. Maddon submitted a lineup card with an error, listing two third basemen – which meant Andy Sonnanstine had to hit for himself while Evan Longoria wasn't allowed to play.

The prior time an AL team declined the designated hitter was Sept. 23, 1976, when Ken Brett of the Chicago White Sox batted eighth. The only other time it happened since 1976 was on June 30, 2016, when the San Francisco Giants' Madison Bumgarner batted for himself against the Oakland A's.