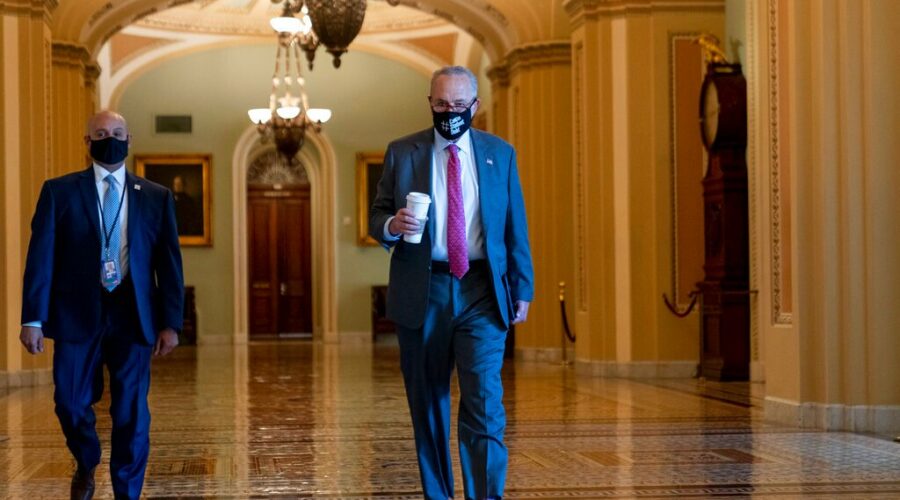 The Senate passed a $1.2 trillion infrastructure package on Tuesday, in a rare moment of bipartisanship that also moves forward a key part of President Joe Biden’s agenda.

The legislation provides tens of billions for revitalizing rail and public transportation, highways and freeways, water sources and, perhaps most important to the entertainment industry, now focused on a streaming future, is $65 billion to build out internet access throughout the country, whether in rural areas or via expanded subsidies for low-incomes users to afford service.

While the legislation was hailed as a victory against the notion that the Senate was hopelessly polarizing, the goodwill likely will give way to a more partisan process.

That is because after the vote, Senate Majority Leader Chuck Schumer (D-NY) quickly moved forward with another component of the Biden agenda, an estimated $3.5 trillion set of spending on childcare, universal pre-K, expanded Medicare benefits, clean energy and a host of other items. That package will be pursued via budget resolution, a process that requires a simply majority vote. That was evident by the presence in the chamber of Vice President Kamala Harris, who can break a tie.

“The two-track strategy is proceeding full steam ahead,” Schumer said.

The budget resolution also includes plans to offset the spending by increasing taxes on high income individuals and on corporations. The latter in particular is of interest to the business lobby, including the studios and media companies, which championed a decrease in the corporate rate, from 35% to 21%, in 2017. Sen. Joe Manchin (D-W. Va.), a key swing vote, has said that he would not back a rate increase to 28%, but would support a rate of 25%.

The House still needs to approve the $1.2 trillion infrastructure package, and the timing of that vote is still uncertain, as well as the $3.5 trillion budget resolution. Ultimate passage will mean threading the needle between the moderate and liberal wings of the party, with Democrats having just three votes to lose.

Biden was expected to address the vote at the White House on Tuesday afternoon, but the moment of victory was obscured by New York Governor Andrew Cuomo’s announcement that he was resigning amid sexual harassment allegations, with his statement covered across cable news networks.