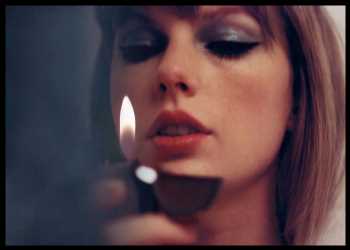 The Senate Judiciary Committee will hold a hearing next week to examine the lack of competition in the U.S. ticketing industry.

The hearing, titled “That’s The Ticket: Promoting Competition and Protecting Consumers in Live Entertainment”, will be held at 10 am on January 24 before the full Senate Judiciary Committee with Chair Dick Durbin (D-IL) and incoming Ranking Member Lindsey Graham (R-SC).

The issues within the United States’ ticketing industry were exposed in November when Ticketmaster’s website failed a huge number of fans hoping to purchase tickets for Taylor Swift’s new “Eras” tour.

Unable to handle more than 3.5 billion requests from fans, bots and scalpers, Ticketmaster canceled a planned ticket sale to the general public.

Senator Amy Klobuchar (D-MN) wrote a letter to Ticketmaster expressing concern about the lack of competition in the ticketing industry and questioning whether the company is taking necessary steps to provide the best service it can to consumers.

She demanded that the Justice Department break up Ticketmaster and owner Live Nation Entertainment if any misconduct is found in an ongoing investigation into the incident.

It has been more than a decade since Ticketmaster merged with Live Nation, and competition in the ticketing and live entertainment industries has only gotten worse. Too often, consumers are the ones who pay the price for this market failure.

“These problems are not new. For too long, consumers have faced high fees, long waits, and website failures, and Ticketmaster’s dominant market position means the company faces inadequate pressure to innovate and improve,” said Klobuchar, who is the Chairwoman of the Senate Judiciary Subcommittee on Competition Policy, Antitrust, and Consumer Rights. She said that at next week’s hearing, the panel will examine how consolidation in the live entertainment and ticketing industries harms customers and artists alike. “Without competition to incentivize better services and fair prices, we all suffer the consequences,” she added.

“American consumers deserve the benefit of competition in every market, from grocery chains to concert venues,” said Mike Lee (R-UT), who is the Ranking Member of the Senate Judiciary Subcommittee. “I look forward to exercising our Subcommittee’s oversight authority to ensure that anticompetitive mergers and exclusionary conduct are not crippling an entertainment industry already struggling to recover from pandemic lockdowns,” he added.