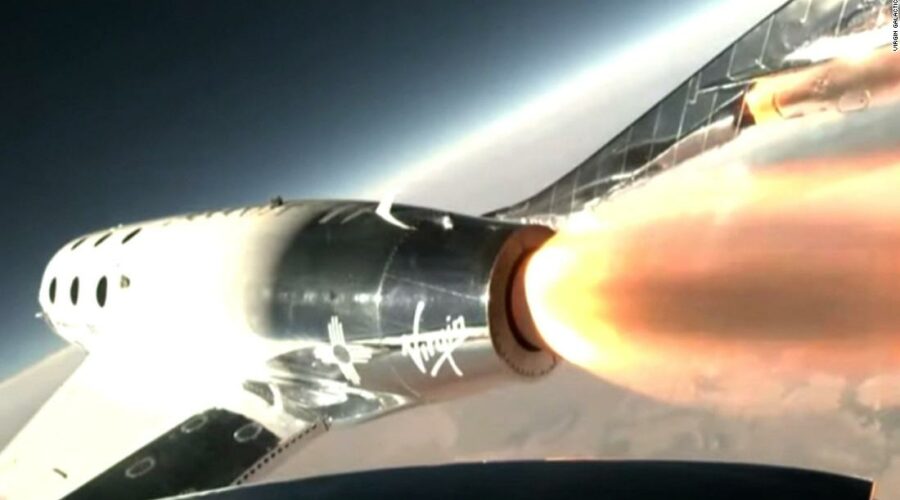 New York (CNN Business)Average folks may not be able to saunter into space like Jeff Bezos just yet. But the frenzy around exploring the final frontier doesn’t have to be alien territory for the typical Earth-bound investor.

Several publicly traded companies and exchange-traded funds have shot into orbit, capitalizing on a growing fascination with space.
Bezos blasted off and successfully landed in a space craft made by his Blue Origin company Tuesday, just nine days after fellow billionaire entrepreneur Richard Branson took his own highly publicized space ride.

The Procure Space ETF (UFO), which debuted in 2019 and trades under the ticker symbol UFO, owns Branson’s Virgin Galactic (SPCE) as a top holding and has capitalized on the hype about the billionaires’ space race. The UFO ETF is up 14% so far this year and more than 40% during the past 12 months.

“There certainly has been more interest in the fund this year. A lot of people had placed bets prior to last week’s Virgin launch,” said Andrew Chanin, manager of the UFO fund and CEO Of Procure.

Of course, the UFO ETF does not own any Blue Origin or SpaceX stock, as both of those companies are privately held.
Chanin told CNN Business that the UFO ETF is passively managed, meaning that it’s based off an index. In this case, it’s The S-Network Space Index, created by a firm called Space Investment Services.

Chanin said that the index’s managers are looking not just for companies that aim to send wealthy tourists into space. The real money from space launches is likely to come from the increased use of satellites for communication and internet services.
So while Virgin Galactic is a key holding in the fund, most of the other top stocks in the ETF have nothing to do with space travel. 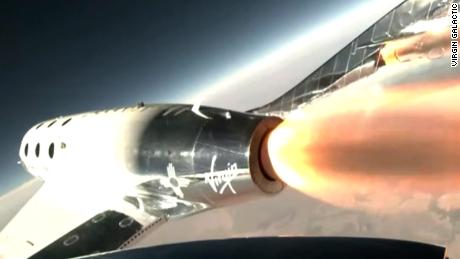 Navigation and GPS leader Garmin (GRMN), mobile mapping firm Trimble (TRMB), communications company Iridium (IRDM), satellite manufacturer Maxar (MAXR) and satellite media firms DISH (DISH) and Sirius XM (SIRI) are among the bigger holdings. The ETF does not own either Bezos’ Amazon (AMZN) or Elon Musk’s Tesla (TSLA).
“It would be preposterous to call Amazon or Tesla space companies even though their founders are in the space business,” Chanin said.
Chanin noted that Bank of America has estimated that the space business could be a $2.7 trillion revenue opportunity by 2045, and that half of those sales could be from broadband communications.

The UFO ETF isn’t the only space stock fund 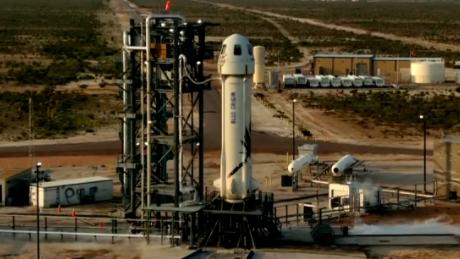 Procure’s Space ETF has some competition though. The SPDR S&P Kensho Final Frontiers ETF (ROKT), which is lagging UFO’s performance in 2021 and over the past year, also owns Virgin Galactic.
But the Final Frontiers ETF skews heavily toward aerospace and defense contractors. Top holdings include several companies that generate big chunks of revenue from the Pentagon, such as L3Harris (LHX), Honeywell (HON), Lockheed Martin (LMT) and Northrop Grumman (NOC).
Cathie Wood’s Ark Invest also launched a new Ark Space Exploration and Innovation ETF earlier this year. That fund does not own any Virgin Galactic shares, however.

Top holdings look like a mix of what is in the UFO and Final Frontiers funds, such as Trimble, Iridium, L3Harris and Lockheed.
Interestingly though, the Ark space ETF also owns shares of Amazon as well as Google owner Alphabet (GOOGL), which does have a stake in SpaceX, as well as non-space businesses such as Netflix (NFLX) and tractor maker Deere (DE). The Ark space ETF is down about 1% since it debuted in March.
Source: Read Full Article