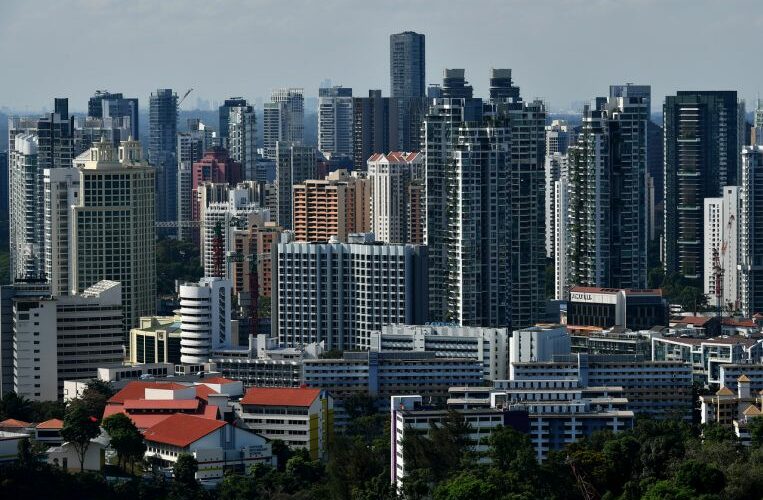 SINGAPORE – Condominium prices in Singapore continued to rise last month, inching up by 0.8 per cent to mark the 16th consecutive month of price rises, according to flash figures by 99.co and SRX Property released on Tuesday (Dec 14).

Compared with November last year, prices are up by 9.3 per cent, data showed.

The 16-month rally is the “longest ever since the inception of our condo resale index in 2013”, said Mr Pow Ying Khuan, head of research at 99.co.

“It is surprising that the increase in prices lasted for so long,” Mr Pow said.

He added that the longest rally before this was during the 12 months between August 2017 and July 2018.

The data also showed that a total of 1,636 resale units were sold last month, up 2.1 per cent from October and up 21.8 per cent from November last year.

Mr Pow said the high demand for resale condos is being fuelled by low mortgage rates.

“Interest rates from all the major banks are still quite low now. If this is the case, then the price rally may continue as more buyers look to transact before rates rise in the future.”

This is because the savings from locking in low mortgage rates and repayments offsets the rise in property prices, Mr Pow said, adding that higher mortgage rates can lead to hefty rises in overall repayments, especially if the price of the property is already high.

According to the data, more than half the properties sold for the month were located in the outside central region (OCR) of Singapore. The highest transacted price for a resale condo in the OCR was $3.6 million for a unit at The Vision in West Coast Crescent, the data showed.

But the highest transacted price last month was for a unit at Alba, a freehold condo development at Cairnhill in the core central region, which sold for $26.4 million.

In the rest of central region, the most expensive resale unit was the one at Aalto, located in Meyer Road, which sold for $11.5 million.

Looking ahead into the next year, Mr Pow is expecting prices to stabilise around current levels.

“We don’t think prices will correct much here as they are still affordable and not unsustainable.”

In its 2022 outlook report, property marketplace PropertyGuru said it expects property prices to continue rising for most of next year.

Property demand will continue to be driven by HDB upgraders and wealthy Singaporeans, as well as foreign buyers as more vaccinated travel lanes continue to roll out as planned, the report said.

About 11 new private property projects are expected to come onstream next year, with eight, including two executive condominiums, located in the OCR, according to PropertyGuru data.

Still, while a sudden spike in interest rates next year is unlikely, rising global interest rates will inevitably result in a gradual increase in Singapore mortgage rates.

“Interest rates may rise in the longer term but are likely to remain low in the short to medium term,” said Mr Paul Wee of PropertyGuru Singapore.

As such, “home owners are advised to be cautious about taking on significant new debts and pay notice to the changing economic scenarios that are playing out”.

14/12/2021 Business Comments Off on Resale condo prices up for 16th straight month in November, longest consecutive rise since 2013
Markets