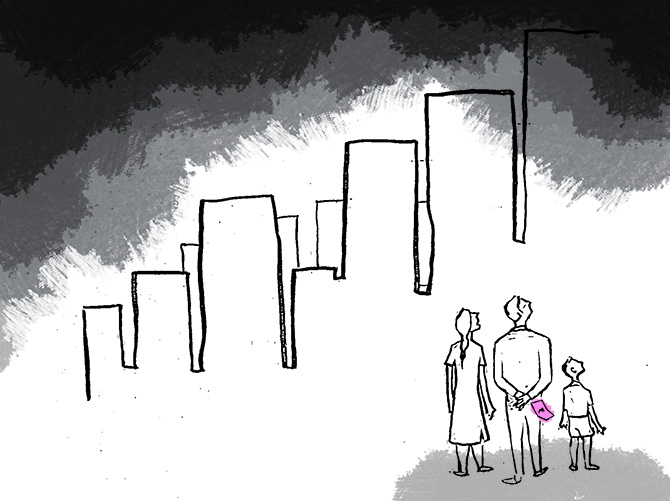 India’s real estate industry staged a rebound from 2020’s downturn, with housing sales seen rising by over 50 per cent. The performance, though short of pre-COVID levels, has property developers hoping for stronger gains in the New Year and the beginning of a long upcycle.

A strong foundation has been laid this year for revival in the Indian real estate sector, which is projected to reach $1 trillion mark by 2030 from $200 billion in the pre-pandemic year.

Demand consolidation towards reputed developers, disciplined new homes supply, changing attitudes of consumers towards home ownership with preference for bigger-better flats and faster adoption of digital technologies by builders were some of the trends witnessed during the year that augured well for the overall growth of the Indian real estate sector.

The year started on a positive note for the residential market as sales were strong during January-March period, aided by pent up demand, historical low interest rates on home loans, lower stamp duty offered by some states and discounts from cash-starved developers.

Just when builders started to think that the ‘worst is over’, the country witnessed a much stronger second COVID wave during April-June that adversely impacted demand in almost every sector of the economy, including real estate.

The demand for residential properties further consolidated towards reputed and trusted developers having impeccable track record of delivering projects.

Almost all big listed developers reported a sharp rise in their sales booking numbers during the September quarter, fuelling a rally in realty stocks.

As a result, housing sales across seven major cities, which shrank 47 per cent last year to 1.38 lakh units, were up 56 per cent till December 10, 2021 compared to last year’s numbers, according to data compiled by property consultant Anarock.

Housing brokerage firm PropTiger has projected at least 15-20 per cent growth in housing sales this year.

The prices of residential properties by and large were stable in 2021 but rates may appreciate 5-10 per cent next year due to a sharp rise in input costs.

“2021 has been one of the breakthrough years for real estate as the industry bounced back after showcasing a lot of resilience, innovation and performance,” CREDAI President Harshvardhan Patodia told PTI.

“We believe that 2022 will be the year of real estate given the sustainable growth that the industry has posted in 2021 and its contribution in economic recovery during challenging times,” he said.

Describing the year 2021 as a “year of recovery”, NAREDCO president Rajan Bandelkar said, “the declining number of cases and resurgent homebuyers’ interest paved the way for a sustainable recovery”.

To facilitate recovery in the real estate sector, the government in this year’s Budget extended the additional tax deduction of Rs 1.5 lakh on interest paid on housing loans for purchase of affordable homes by one more year to March 31, 2022.

The additional deduction of Rs 1.5 lakh over and above Rs 2 lakh was introduced in the 2019 Budget.

This was allowed for those buying homes for the first time and of up to Rs 45 lakh cost.

Among other segments of real estate, office and shopping mall businesses did not see recovery like the housing sector.

But, the demand for warehousing and industrial spaces is expected to reach 2019 level at 36 million square feet across top 8 cities.

Data centre projects emerged as new opportunities for the realtors with increased usage of digital platforms by people at large.

With most of the corporates still being cautious about business expansion, the fresh leasing of office space remained subdued.

Work from Home (WFH) policy for employees remained an obstacle for growth in the office market.

With schools, colleges and offices remaining closed for most part of the year, the co-living segment was in distress.

It would take at least two years to reach the 2019 level, which saw a record net leasing of office space at 47.8 million square feet.

Despite the pandemic, the year saw decent activities in the capital market.

After raising funds through QIP, Godrej Properties announced plans to invest more than $1 billion over the next couple of years to acquire and develop new projects.

Still, institutional investments in real estate are likely to fall 20 per cent to $4 billion this year on a higher base, as per JLL data.

Among other developments, Jaypee Infratech’s lenders approved Suraksha group’s bid to acquire the debt-laden realty firm through insolvency process but the National Company Law Tribunal (NCLT) is yet to give its green signal. Jaypee homebuyers will have to wait more to get possession of their booked flats.

Same for property owners of Unitech Ltd, whose management control was taken over by the government last year.

This month, Mumbai-based Darwin Platform Infrastructure Ltd (DPIL) said its bid to acquire Lavasa Corporation through the insolvency process has been approved by the debt-ridden firm’s lenders.