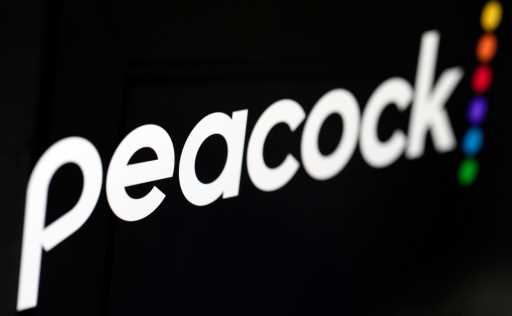 In a fast-moving, 40-minute pitch to media buyers on Day 1 of the NewFronts, NBCUniversal’s Peacock touted its advertising DNA at a moment when some streaming rivals are just now cozying up to Madison Avenue.

“Peacock is the only place your brands can live alongside all of that content,” said Laura Molen, president of NBCU advertising sales and partnerships, alluding to original series and movies, library fare, news, sports and events, What’s more, “you can do it all easily, in one complete package, rather than broken out in digital and linear silos. … From the beginning, we wanted to build the best of both worlds for audiences and advertisers.”

It was the first NewFronts presentation by Peacock, which launched nationally in July 2020. Covid forced the 2021 NewFronts and upfronts into virtual mode, but this year they have returned to in-person mode.

While Peacock’s orientation toward ads was dismissed by many rivals and media observers as ad-free, subscription outlets Disney+, HBO Max and Apple TV+ took aim at Netflix, the ground has shifted significantly. Netflix last month reported its first subscriber loss in more than a decade and also declared its plan to offer a cheaper, ad-supported tier. Disney+ is also going to launch a new plan with advertising, matching HBO Max’s move last summer. The thinking on Wall Street of late is that gaining subscribers is nice, but profits are even better.

Nearly two years in, Peacock is far from the top of the streaming heap but it is starting to gain some traction. It is still losing money due to investments in content, but its 28 million monthly active users are ahead of pace compared with initial company guidance for 30 million to 35 million by 2025. Its premium subscription tier, parent Comcast reported last week, now has 13 million subscribers. Given the cautious bent of the larger company, Peacock has always had a more modest outlook on spending and was never destined to do battle in the $20-billion-a-year neighborhood where Netflix lives. While that once came off to some as timidity, it is starting to look more shrewd with each passing day, especially given the vast billions NBCU still reaps from linear distribution and advertising.

Kelly Campbell, a Hulu and tech industry veteran who was installed last fall as president of Peacock, told the crowd of a couple hundred at New York’s High Line Stages (with more watching via livestream) affirmed the progress made by the streamer. She said the MAU level can be extrapolated to 60 million monthly viewers, or one-quarter of the addressable market in the U.S. After a fast start in the first quarter, when 4 million new paying customers came aboard as the Super Bowl and the Beijing Olympics streamed live, the service is on track for 5 billion hours of streaming in 2022, which would be double the level in 2021.

Peter Blacker, EVP of global sales and partnerships at NBCU, highlighted new ad innovations being rolled out by Peacock. The wrinkles include scene ads (featuring images inserted into the backgrounds of shows) and frame ads (with borders and fractional parts of the screen devoted to brand messages while content plays in the main window).

Both new units are dynamic and can be geo-targeted, so viewers in New York would be served an ad for something they might find in their local supermarket, while viewers elsewhere would get their own relevant goods. Peacock’s healthy unscripted offerings, including Bravo, as well as sports lend themselves to these new pitches, Blacker said.

Current experimentation is “the tip of the iceberg,” the exec added, given that ad loads are far lighter in streaming than on linear, putting a premium on rethinking the usual 30-second rolling-stock creative.

02/05/2022 Business Comments Off on Peacock Preens In First NewFronts Pitch, Touting “One Complete Package” Across Linear And Streaming
Markets