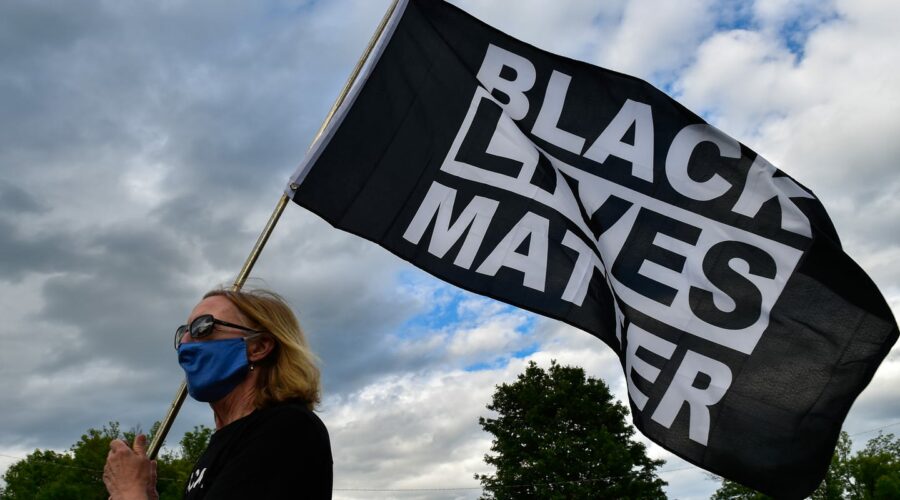 An Oregon police officer is facing criminal misconduct charges after he drove home another officer who was suspected of committing a crime instead of arresting him.

Forest Grove police officer Bradley Schuetz was indicted on one count of first-degree official misconduct, the Beaverton Police Department said in a statement Friday. The charges stem from an incident on Halloween last year, when officers were dispatched to a call of a theft in progress, according to police.

Just after midnight, a man allegedly entered the driveway of Mirella Castaneda’s home, set off the safety alarm on her husband’s truck and banged on a displayed Black Lives Matter flag, according to court documents. The suspect allegedly kicked her front door to try to enter her home, frightening her young son.

He “terrorized Ms. Castaneda and her family and yelled at them to fight,” according to a civil rights complaint filed by her attorney.

Castaneda called 911 and the initial responding officer recognized the suspect as Schuetz’s colleague, off-duty Officer Steven Teets, according to police. Officers said Teets was “highly intoxicated,” did not recognize the responding officers and “squared up” in a “fighting stance,” according to a Washington County Sheriff’s Office memo obtained by the Portland Tribune.

Castaneda’s attorneys say the investigating officers also failed to search Teets for weapons, intentionally omitted from their police reports that the incident was motivated by the Black Lives Matter flag and did not turn on their body cameras which would have documented the flag.

“The officers who investigated Ms. Castaneda’s 911 call worked in concert, either intentionally, or subconsciously due to implicit bias, to deprive Ms. Castaneda of her Constitutional rights in various ways and in substantial part because of her support for Black Lives Matter,” according to a tort claim notice.

The notice also alleges that officers withheld information from Castaneda about the suspect and treated her differently because of her political viewpoint.

“For my own sanity and my family’s, I just felt like I needed to know what happened,” she told the Portland Tribune. “This really shook my sense of safety.”

The Washington County Sheriff’s Office investigated and arrested Teets on Nov. 1. He is facing charges of second-degree criminal mischief and second-degree disorderly conduct.

Teets has been on administrative desk duty and Schuetz on paid administrative leave, The Oregonian reported. Officer Amber Daniels, who also responded to the incident, is not facing criminal charges.

In November, Castaneda filed a lawsuit claiming Teets engaged in negligent trespass and invasion of privacy. The lawsuit alleges that the officer targeted the house because of the Black Lives Matter flag and harassed her “because of her personal and political beliefs.”

In April, her attorney notified the Forest Grove Police Department and the Washington County Sheriff’s Office she may sue them and invited the departments to mediation.

Michael Fuller, Castaneda’s attorney, told USA TODAY that the charges against Schuetz have made her more optimistic that the process will involve greater transparency and accountability.

“I don’t think she’s happy simply because an officer has been charged,” Fuller said. “So far it’s nothing punitive. We just want the police to be treated as anyone else. Until this last week, that hasn’t happened.”

Schuetz’s attorney, Steve Myers, told the Tribune his client and Daniels hadn’t violated any laws and said questions about controversial decisions “should be directed toward somebody above their rank.”

“They immediately reported it to their sergeant,” he was quoted. “There is, at least in my view, a very logical explanation for what they did on scene.”