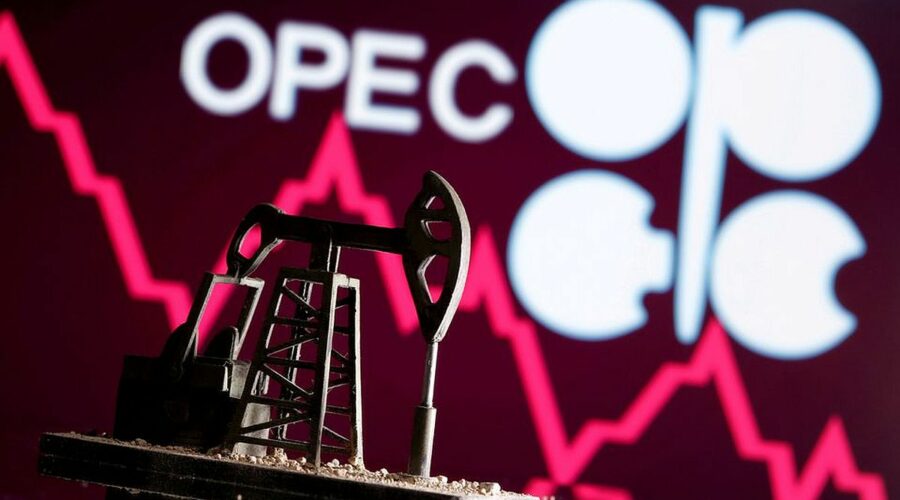 Changes in global oil and gas rates matter more to India’s economy than other major economies because the country imports around 87 per cent of its oil, half of its gas in the form of LNG, and over 60 per cent of its LPG. ‘Winter is coming’, a line from Game of Thrones, spells uncertainty and doom in the famous American television series.

Those sentiments with portents of higher inflation this winter have migrated to this part of the world after the Organisation of Petroleum Exporting Countries +, which includes the world’s biggest oil exporters Saudi Arabia and Russia, decided to cut production from November by a steeper than expected 2 million barrels a day.

India locally consumes around 4 million barrels a day and must now be prepared for higher oil prices this winter, and more pressure on the rupee against weaker economic growth.

State-owned oil marketing companies may have to absorb higher losses on marketing fuels; and if the Modi government chooses to continue controlling pump prices and compensate IOC, BPCL, and HPCL, a festering fiscal wound will be further infected.

High natural gas prices have more than doubled the subsidy allocation on fertilisers this fiscal to around Rs 2.5 trillion, while reports of an unanticipated Rs 20,000 crore (Rs 200 billion) compensation to State refiners for losses from selling fuels strains New Delhi’s finances even more.

Signs of potential economic deterioration following OPEC+ cuts are already emerging after the World Bank slashed India’s economic growth forecast to 6.5 per cent this fiscal from 7 per cent, citing elevated inflation on the back of high commodity prices and rising borrowing costs.

Changes in global oil and gas rates matter more to India’s economy than other major economies because the country imports around 87 per cent of its oil, half of its gas in the form of LNG, and over 60 per cent of its LPG.

The country spent $89 billion in the April-August period for imports of crude oil and petroleum products, around $39 billion higher from a year earlier; LNG imports totalled $5.6 billion.

Petroleum imports accounted for 28 per cent of India’s total import bill during the period from 23 per cent a year earlier, mainly on account of higher global rates, according to the oil ministry.

Throw coal into the mix and the picture darkens.

India imported close to $32 billion worth of coal last fiscal, around one per cent of GDP, overwhelmingly driven by price effects, Nomura said.

With both prices and volumes of coal imports set to rise this year, imports add upside risks to the current account deficit projection of 3.5 per cent of GDP in FY23, up from 1.4 per cent in FY22.

“Like the rest of the world, India will face a higher import bill with rising crude oil prices after the OPEC+ cut, other things being equal,” said Singapore-based international oil expert Tilak Doshi, who has held senior positions at Saudi Aramco.

“However, the upcoming recession in Europe, and its impact on the global economy will mean that the cut in supply by OPEC+ might just alleviate the demand destruction in oil,” he added.

US bank Goldman Sachs raised its oil price forecasts for this year and next after the OPEC+ agreement.

It raised its Brent forecast for the fourth quarter of this year and first quarter of next year by $10 per barrel to $110 and $115, respectively, acknowledging that price risks are skewed potentially even higher.

There may be no respite for Indian consumers this winter as it takes time for the effect of any recession to seep into fuel use, and send prices lower, said R Ramachandran, an independent oil consultant and former refiner head of BPCL.

The US has said that the output cuts will hasten a recession and eventually send oil prices lower.

Ramachandran expects domestic fuel demand to hold this winter depending on the severity of the weather and India’s ability to sustain economic growth.

Demand continues to be strong in India even with petrol and diesel retailing at close to Rs 100 a litre.

Use of diesel and gasoline grew by 23 and 13 per cent, respectively, in September from a year earlier, according to refiners’ data.

Earlier this year, strong refining margins of over $30 a barrel and record diesel cracks enabled state refiners to alleviate losses from marketing.

State refiners may be staring at nearly Rs 40,000 crore in combined losses in the first half of this fiscal, despite the impact of OPEC+ cuts still to weigh in, analysts said.

The OPEC+ cut is the biggest reduction since the group reduced quotas by 9.7 million barrels when COVID-19 began in 2020.

OPEC also agreed to extend its production co-operation agreement with non-OPEC members like Russia until the end of 2023, meaning that India should brace itself for more coordinated action from the enlarged grouping.

In the immediate future, the actual impact of the cuts may be lower, analysts said, because many OPEC nations are producing below official quotas.

Saudi Energy Minister Prince Abdulaziz bin Salman expects the quota production cut to drop to 1 million-1.1 million barrels a day in actual output, as only those countries producing at or close to their targets will be materially impacted by lower quotas.

Exacerbating OPEC’s move are forecasts of lower production from both the US, the world’s biggest oil and gas producer, and Russia.

In the past, US shale oil has stepped in to compensate for OPEC’s output cuts.

But shale explorers are unwilling to drill more because of high costs and shareholder pressure to focus on returns rather than production.

The US Energy Information Administration has scaled back US output growth projections for this year by half from an earlier one million barrels a day.

Goldman Sachs expects Russian production to decline by 600,000 barrels per day by spring 2023.

But neither the data, bin Salman’s reassurance, nor Washington’s sabre-rattling were sufficient to calm oil markets.

Benchmark Brent crude has jumped by around $9 a barrel to $94 a barrel from late September — still down from a high of around $130 a barrel after the Russian invasion of Ukraine.

Though lower production will take a toll on prices, supplies are not an issue.

“There are no major concerns on the supply side as of this month, but the ground realities in terms of energy geopolitics are changing rapidly — so any long-term prediction is difficult,” said Narendra Taneja, an independent oil expert.