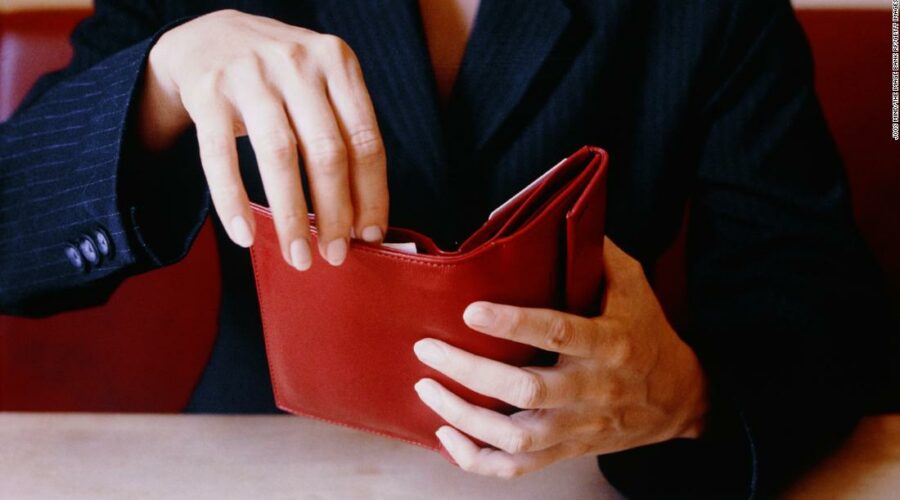 London (CNN Business)Workers in the United Kingdom are struggling with the biggest drop in pay in more than two decades, as surging food and energy prices take a giant bite out of wages.

Real pay — workers’ wages that take inflation into account — slumped by 2.8% between March and May compared to the same time last year, according to data released Tuesday by the Office for National Statistics.
That’s the fastest decline since the ONS began keeping records in 2001.

Earlier this month, UK Prime Minister Boris Johnson resigned after a series of ethics scandals proved too costly for the government to brush off. His successor, which is currently being decided, faces a daunting set of economic and financial challenges.

For months, rising global energy and commodity prices — worsened by Russia’s invasion of Ukraine — have helped stoke global inflation. The world’s fifth-largest economy has been one of the hardest hit among the world’s wealthiest nations.

UK consumer prices hit a 40-year high of 9.1% in May, the highest among the G7 leading economies — and is forecast to climb above 11% later this year despite a series of interest rate hikes.
And households are feeling the strain. Eye-watering energy and grocery bills have thrown Britons into the worst cost-of-living crisis in decades. The Bank of England predicts that disposable incomes will suffer their second biggest decline this year since records began in 1964.

Grocery bill inflation hit nearly 10% in the four weeks ending on July 10, according to data from research firm Kantar released on Tuesday. That means that Britons can expect to spend an additional £454 ($545) this year on food and essentials.
Energy bills, which rose by 54% in April, are estimated to top £3,000 ($3,603) per year for millions of households from October, according to energy research firm Cornwall Insight. That’s when the government next adjusts a price cap that limits the amount suppliers can charge customers per unit of energy.
Boris Johnson’s government has promised £400 ($480) in grants per family to help out the millions of people struggling to pay their energy bills. It also bowed to pressure last month and unveiled a £5 billion ($6 billion) tax on the windfall profits of oil and gas companies.
High inflation, combined with damaging Brexit policies have sapped the nation’s growth. The Organisation for Economic Co-operation and Development forecast last month that the UK economy was heading to stagnation, with zero growth in GDP forecast for 2023. That would be the worst performance in the G7 next year.
The pound has also been hammered this year, losing 11% of its value against the US dollar, which will likely make it more expensive to import goods.

But there is one bright spot. Hiring is continuing apace last month, preliminary ONS data showed, with the number of people on payroll growing 3% compared to a year ago.
— Mark Thompson contributed reporting.
Source: Read Full Article

19/07/2022 Business Comments Off on On GPS: Tackling inflation
Markets