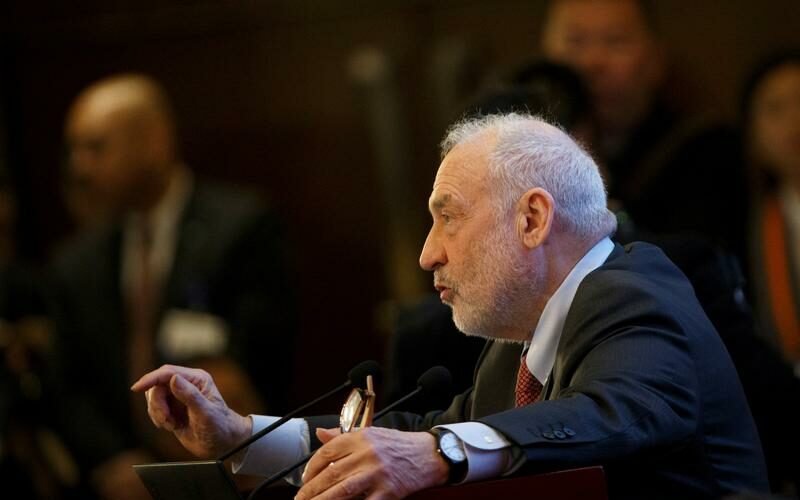 WASHINGTON (Reuters) – For U.S. President Joe Biden to be true to his agenda he should not renominate Jerome Powell as Federal Reserve chair, Nobel prize-winning economist and longtime Democratic adviser Joseph Stiglitz said in an interview that laid out the case for a remake of the Fed’s leadership.

“People have given Powell a lot of kudos because he has supported the economy through the pandemic…On one hand I agree with that,” Stiglitz, now a Columbia University professor, said in a Friday phone interview with Reuters.

“On the other hand that is a bare minimum for qualification. Almost anybody reasonable would have done something similar,” Stiglitz said of the near-zero interest rates and monthly bondbuying Powell has maintained since March of 2020.

Rather, Biden should look at Powell’s looser approach to financial regulation, his reluctance to build climate-related issues into the Fed’s bank oversight, and check his “gut” on whether Powell would be as committed to full employment if inflation remains stronger than expected.

“Is the Biden administration going to fulfill what is at the heart of its agenda?…It should not be Powell,” said Stiglitz, calling current Fed Governor Lael Brainard the “one obvious candidate out there,” who would take a stronger regulatory stance, push the Fed to account more fully for climate risks, and arguably tolerate more risk of inflation to generate higher employment.

Stiglitz said he had not yet spoken about his views to members of the administration but “probably will engage” as debate over the Fed appointments continues.

His comments, as former head of President Bill Clinton’s Council of Economic Advisers, a former chief economist of the World Bank, and 2001 winner of the Nobel Prize in Economics, add a heavyweight voice to a debate that has pitted the stability represented by Powell against calls to use what could be as many as four open seats on the Fed’s seven-member governing board to overhaul U.S. central banking.

Powell’s four-year term as chair ends in February. Some Biden supporters who follow the Fed most closely have argued he should get a second term to complete a policy shift that gives more weight to boosting employment, and courting more risk of inflation to do so.

He is favored for reappointment by market participants as well, including some who argue it would be risky to make him a lame duck Fed chair while the central bank navigates a sensitive shift to post-pandemic monetary policy.

The matter is under active discussion, but Biden has not made a final decision and White House press secretary Jen Psaki declined on Tuesday to comment on the president’s timeline. Some progressive voices in the president’s Democratic party have become vocal that extending the tenure of one of former Republican President Donald Trump’s appointees with close ties to the private equity world would be a missed opportunity.

Any change could touch off a tough confirmation fight in the evenly divided U.S. Senate. At the same time, key Democratic figures like Massachusetts Senator Elizabeth Warren and Ohio Democrat Sherrod Brown, chair of the Senate Banking Committee, have withheld any public endorsement of Powell so far.

Climate change and financial regulation are central to the arguments against him.

“Financial stability requires dealing with the mispricing of assets” prone to be affected by extreme weather events or at risk of being “stranded” as world energy choices shift, said Stiglitz. “If there is a risk of mispricing you have to include it” in the stress tests and regulations applied to banks.

Powell has said the main response to climate change needs to be set by U.S. elected leaders. When pushed by lawmakers he has characterized the Fed’s work on climate as focused more on its impact on long-term economic performance, and has not embraced liberal calls to impose stricter capital requirements associated with climate risk as part of the Fed’s shorter-term “stress tests” that gauge how bank portfolios respond to economic shocks.

Addressing climate change has been a core goal of Biden’s administration, and Stiglitz argued he should embrace those and the other values he campaigned on.

Stiglitz referred to Clinton’s reappointment of then Fed chair and Republican Alan Greenspan as, ultimately, wrongheaded – promoting stability and bipartisanship, but allowing Greenspan’s faith in markets and more hands-off approach to regulation to set the stage for the internet stock bubble and the later and more serious housing market crash.

Perhaps the weakest argument for Powell, Stiglitz argued, is that he represents the path of least resistance.

“Nobody wants to disturb the financial markets…There is a political attractiveness to not rocking the boat,” he said. “But in my view we made a big mistake reappointing Greenspan…I hope Biden does not make the same.”