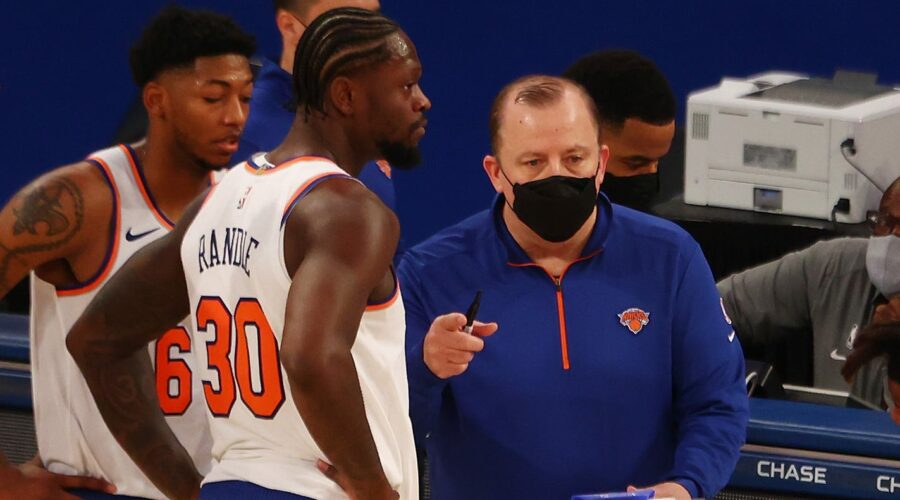 The resurgent New York Knicks have been one of the NBA season's most pleasant surprises.

With less than three weeks left in the regular season, the Knicks are poised to make the playoffs for the first time in eight years. Their recent nine-game win streak vaulted them to fourth place in the Eastern Conference with 10 games left.

How do we assess New York's turnaround? How much noise can the Knicks make in the playoffs? And where does Julius Randle fit in the All-NBA discussion?

This week's NBA roundtable went deep on all things Knicks. USA TODAY Sports' Matt Eppers moderated the discussion with a panel of NBA experts from around the USA TODAY Network: Jeff Zillgitt and Mark Medina of USA TODAY Sports, Berry Tramel of The Oklahoman, Marla Ridenour of the Akron Beacon Journal and Omari Sankofa II of the Detroit Free Press.

Eppers: The Knicks' win streak was snapped Monday night, but a loss to a team like the Suns doesn't change their trajectory at this point. Barring a collapse, they're going to make the playoffs. What do we make of the job Tom Thibodeau and that front office have done to turn things around so quickly?

Medina: I'm torn by whether Thibs get Coach of the Year, but he's right up there. It was expected he would produce instant results, but he is good his first year with raising a team's accountability and work ethic. But I'm also encouraged that the Knicks are doing a good job with player development and that this could be long term. After covering Julius Randle's first few seasons with the Lakers, it's also been cool to see from afar how much he has grown into an All-Star player.

28/04/2021 Business Comments Off on NBA Roundtable: Tom Thibodeau has the Knicks on the rebound. But how long can it last?
Markets