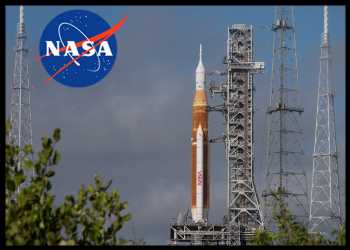 NASA will make another attempt to launch the giant Moon rocket carrying Orion spacecraft for the Artemis I mission on November 14.

Inspections and analyses over the previous week have confirmed that minimal work is required to prepare the rocket and spacecraft to roll out to Launch Pad 39B at Kennedy Space Center in Florida, NASA said in a press release.

Teams will perform standard maintenance to repair minor damage to the foam and cork on the thermal protection system and recharge or replace batteries on the rocket, several secondary payloads, and the flight termination system.

The rocket was rolled back following Hurricane Ian earlier this month. The U.S. space agency said it plans to roll the rocket back to the launch pad as early as November 4.

If the launch on November 14 turns out to be successful, it would result in a mission duration of about 25-and-a-half days with a splashdown in the Pacific Ocean on December 9.

Two previous attempts to launch the 322-foot-tall stack, consisting of the Space Launch System rocket and Orion spacecraft, from Kennedy Space Center in Florida failed due to technical glitches.

The historic maiden test flight, originally scheduled for August 29, was abandoned after encountering an issue with one of the four RS-25 engines on the bottom of the rocket’s core stage.

The second launch attempt on September 3 failed when engineers could not overcome a hydrogen leak in a quick disconnect, an interface between the liquid hydrogen fuel feed line and the Space Launch System (SLS) rocket.

The third launch attempt, which was scheduled for September 27, was cancelled following adverse weather conditions due to Hurricane Ian.

Artemis 2 and 3 missions aim to send astronauts back to the lunar surface for the first time after half a century.