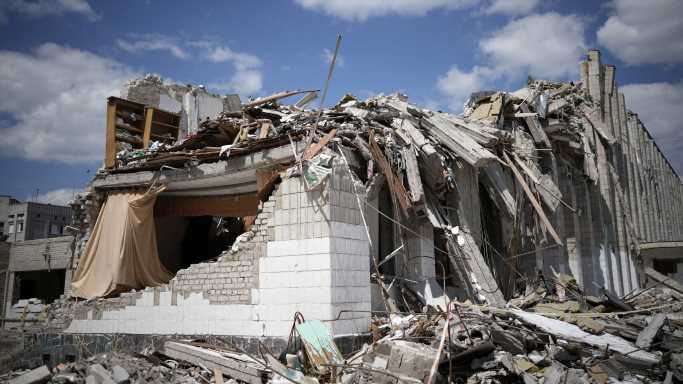 Proponents of economic sanctions argue that in an increasingly globalized and integrated world, no country can afford to lose access to the global trade and financial system. Therefore sanctions against a country’s key industries, or against its powerful bad actors, can force change without resorting to military intervention.

Critics argue that sanctions can wind up punishing people in target countries who have little to do with the authoritarian powers that rule over them, and that sanctions often fail to achieve their objectives. In particular, unilateral sanctions are considered more harmful than those imposed by coalitions, like the sanctions G7 countries have imposed against Russia for its invasion of Ukraine earlier this year. (While Russia is being sanctioned, Ukraine is getting aid. These are the countries sending the most aid to Ukraine.)

“Such policies can reduce the economic performance of the targeted state, degrade public health, and cause tens of thousands of deaths per year under the most crushing sanctions regimes,” wrote Richard Hanania in a report for the libertarian think tank Cato Institute in February 2020. (Also, countries are interdependent. This is the country that is most dependent on Russian oil.)

Whatever the case may be about the ethics and efficacy of sanctions, the number of them against Russia has ballooned this year thanks to its full-blown invasion of Ukraine in February. Seven countries and the European Union have imposed more than 10,000 new sanctions against Russian enterprises and individuals this year, nearly quadrupling the number prior to the invasion. But not just Russia is being sanctioned.

To find the most sanctioned countries, 24/7 Wall St. reviewed sanctions compliance provider Castellum.AI’s Russia’s Sanctions Dashboard, which is updated weekly (data was retrieved on Dec. 13). Sanctions include export controls and regulatory fines, among others, and are since public records are available for each source country, according to Castllum.AI. Data on gross domestic product in current U.S. dollars, population, and exports and imports as a percent of a country’s GDP came from the World Bank. Democracy index for 2021 came from The Economist Intelligence Unit.

Russia is by far the most sanctioned country right now, but six other countries are also targets of this economic weapon, each with hundreds if not thousands of sanctions. Iran is the second-most sanctioned country for its nuclear weapons program, its support for Shia militant groups in the region, and its domestic human rights program.

Here are the world’s most sanctioned countries.