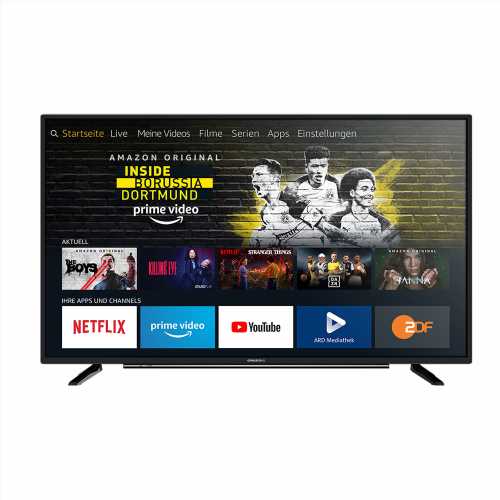 The $8.45 billion acquisition of MGM by Amazon assigns a rich valuation for the storied film and TV outfit, a multiple of about 37 times EBITDA.

Given the scale of the overall streaming machine the parent company has built, however, the price could end up looking reasonable. It will take time, of course — not just to process and close the second-largest acquisition in Amazon’s history — but also to start to fully deploy MGM in the streaming realm. But the potential, most observers recognize, is vast.

Most initial reaction to the deal has centered on how MGM could help Amazon Studios deliver a jolt of energy to Prime Video. “We view the deal positively for Amazon, as it furthers their efforts to add new content to the Amazon Prime Video offering,” wrote Cowen & Co. analyst John Blackledge in a note to clients.

But consider the rest of the company’s streaming portfolio. Earlier this month, Amazon revealed that it reaches 120 million monthly active users in the U.S. across all of its ad-supported platforms. That includes Amazon Fire TV, IMDb TV and video game-focused streaming service Twitch.

The key executive orchestrating the reconsidered streaming effort is Jeff Blackburn, who is poised to return to the company in a top management role. As of June 7, he will oversee all entertainment business, which is being consolidated in one unit, including Prime Video and Amazon Studios, Music, Podcasts/Wondery, Audible, Games, and Twitch. Blackburn, who has close ties to CEO-in-waiting Andy Jassy and founder and CEO Jeff Bezos, had announced his exit for a venture capital firm in February after 22 years at the company but was quickly welcomed back.

One company insider told Deadline that Blackburn is expected to execute a notably more integrated strategy. He will weave together parts of the Amazon empire that haven’t yet made one plus one equal three. “There’s this really extensive ecosystem and all of these businesses that have been assembled over a number of years, but everyone hasn’t really been completely in sync,” the person said. “The hope is that we can start to do more cross-pollinating and collaborating.”

A media industry CEO told Deadline that Amazon is difficult to compare to its streaming peers because Prime affords benefits well beyond video. “But it’s already a customer acquisition and marketing behemoth, and if they can get more parts to line up, it could be scary to watch,” the exec said. “MGM just gives them more to inject into that bloodstream.”

Netflix recently made an output and first-look deal with Sony Pictures Entertainment with parallels to the MGM deal, paying $1 billion over four years for rights to key franchises and co-production opportunities.

Amazon boosted its spending on video and music content by 41% in 2020, hitting $11 billion. The outlays have continued this year, with the company paying a reported $1 billion a year for exclusive rights to NFL Thursday Night Football. That 11-year pact will necessitate further investments in technical resources and on-air talent, expenses that no new media rights holder has shouldered since Rupert Murdoch swiped NFL rights from NBC in 1993 for his then-nascent network, Fox. For Amazon, which has $73 billion in cash on its balance sheet and a market value of more than $1.6 trillion, the expense of joining football’s top ranks is more than manageable.

One source of steady revenue is Amazon Prime, which is the most successful customer loyalty program in corporate history. It now has 175 million global members paying $119 a year.

Globally, Amazon has made particularly notable strides. Cowen & Co.’s surveyed streaming viewers to determine the percentage of subscribers actually watching various services monthly. In the U.S., it found that Amazon Prime viewing trails Netflix, 57.4% to 51.1%, perhaps not surprisingly. But in the UK, Germany and Japan, however, “penetration outpaced all others in terms of viewers,” Blackledge wrote. In Japan, its lead over Netflix is sizable, claiming 32.4% of total paying subscribers, well ahead of Netflix at 10.8%.

One near-term question is where the MGM productions will be deployed. Films will be tied up in Epix and other output deals for the near future, and signature series like The Handmaid’s Tale and broadcast TV mainstays The Voice, Survivor and Shark Tank are spoken for, at least for now. Aggressive licensing to everyone from Snapchat to Netflix to linear TV networks has landed shows everywhere except Amazon.

IMDb TV, which is managed by Amazon Studios brass, offers an intriguing outlet for MGM fare that could make more strategic sense than realizing near-term financial gains from a third-party licensing deal.

Ultimately, though, enhancing Prime will get a boost from the deal. Bezos signaled the importance of Prime video in his letter to shareholders in the first quarter. About 70% of Prime members had viewed video, he said.

“While Amazon seems to be paying a premium for MGM, this trove of content assets
provides an immediate ‘shot in the arm’ to its already voluminous library,” said Charlie O’Shea, VP of Moody’s Investors Service. Vice President. “We have long stressed the importance of content to Prime as shipping promotions are easily replicable while content provides Amazon with a deep and wide competitive ‘moat’ against any other membership program which is difficult and very expensive to replicate. As is often the case, it is often a better long-term solution to pay up for immediate scale than to do it organically and incrementally, and we believe this transaction fits that profile.”