For decades, Louisiana’s critical infrastructure systems have lagged behind other states. From roads and bridges to water systems, rural internet access and coastal restoration, the Pelican State has struggled to respond to technological innovations and natural degradations of its infrastructure.

According to the most recent report card by the Louisiana chapter of the American Society of Civil Engineers (ASCE), the state averaged a D+ for its infrastructure. Of particular concern: bridges, coastal issues, drinking water, inland waterways and roads, all of which were below a C level.

However, following the passage of the Infrastructure Investment and Jobs Act (IIJA), the state is set to see an influx of federal cash likely to help buoy its critical systems and bring the state closer to par with the rest of the nation. President Biden signed the spending package into law last November; it saw strong support from Democrats and the backing of some Republicans in Congress despite concerns over the national debt, which has topped $30 trillion.

Cassidy said he was one of the few voices representing the Gulf Coast region during negotiations. The law is among the largest pieces of infrastructure legislation passed in recent memory. 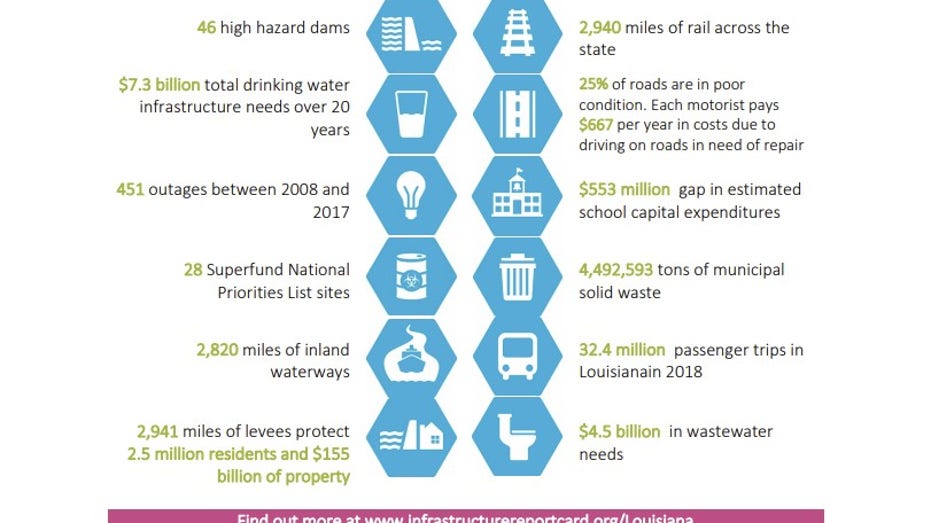 The ASCE estimated that 11,000 ships and other vessels have been passing through the Lower Mississippi River annually, generating about $37 billion in economic impact. All this production is without counting the state’s massive offshore oil and gas industries.

"We very much rely on things like levees for our economy, ports and inland waterways to move goods in those deep-water ports that we have in Louisiana to the inland ports throughout the country," Norma Jean Mattei, a longtime professor of civil engineering at the University of New Orleans and former president of the American Society of Civil Engineers, told Fox News. "Our coastal infrastructure in Louisiana is so important to us as a state because, at least in southeastern Louisiana, we're experiencing a net increase in sea level rise that's greater than just about anywhere else."

She went on to say, "We're kind of like the canary in the coal mine." 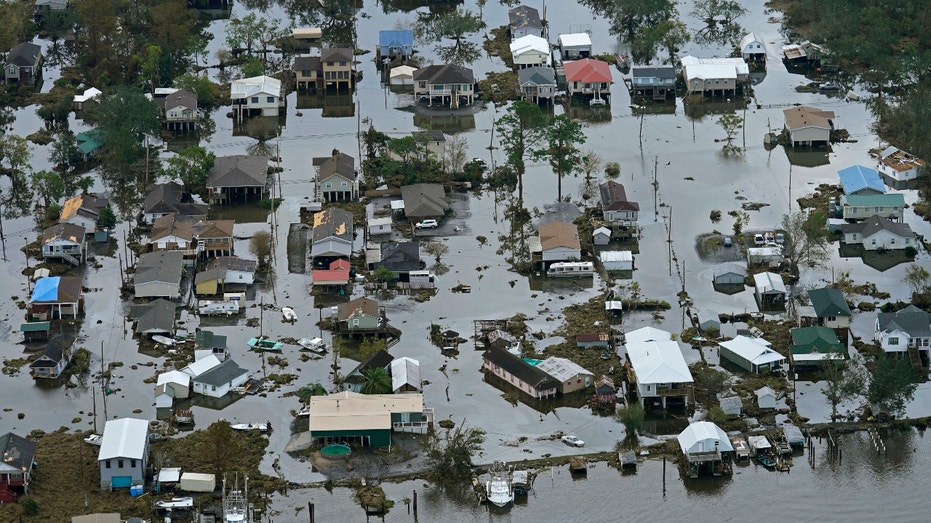 The Louisiana coast is victim to numerous natural and man-made harms helping to erode one of the most vital resources for the state.

According to the ASCE, sea level rise, hurricanes, flooding and subsidence have been naturally occurring issues harming the coast. Among the man-made problems: the degradation of the levee systems, oil and gas access canals and general neglect of these systems.

Beyond the economic vitality of Louisiana’s coastal infrastructure lie striking issues with its drinking water. Most of the state’s water infrastructure was put in place before 1960, which can at times leave citizens without safe, drinkable water during environmental crises.

"As the ultimate delta of the Mississippi River, the entire eastern half of the country drains its snowmelt, water, rivers, and floodwaters through our state," Rep. Troy Carter, D-La., told Fox News. "It is thanks to Louisiana that there isn’t as much flooding upriver of the Mississippi in other states and communities. Our water infrastructure should be invested in with the acknowledgment that it isn’t just Louisiana water that is being managed here, but the waters from more than half the country."

Though the United States Geological Survey estimates that nearly 18% of the state is covered by water and that the state overall has 11 major aquifers underground, Louisiana is still at risk of running short of potable water. Among the issues facing the state are the overpumping of these aquifers, which could lead to depletion and saltwater intrusion, according to the ASCE.

The report card found that some improvements and resiliencies have been made to the system, though the water treatment network in the state is far from disaster-proof.

"Unfortunately, crumbling infrastructure isn’t just a Louisiana problem, it’s a national problem," Carter said. "The IIJA is the first major infrastructure investment the country has passed since the 1960s when we created the interstate highway system."

A looming dynamic over the state's, and much of the nation’s, crumbling infrastructure is funding. In addition to the IIJA's impact, experts in Louisiana said the millions of dollars given to the state as a result of BP’s disastrous Deepwater Horizon oil spill in 2010 will go a long way toward funding infrastructure projects. 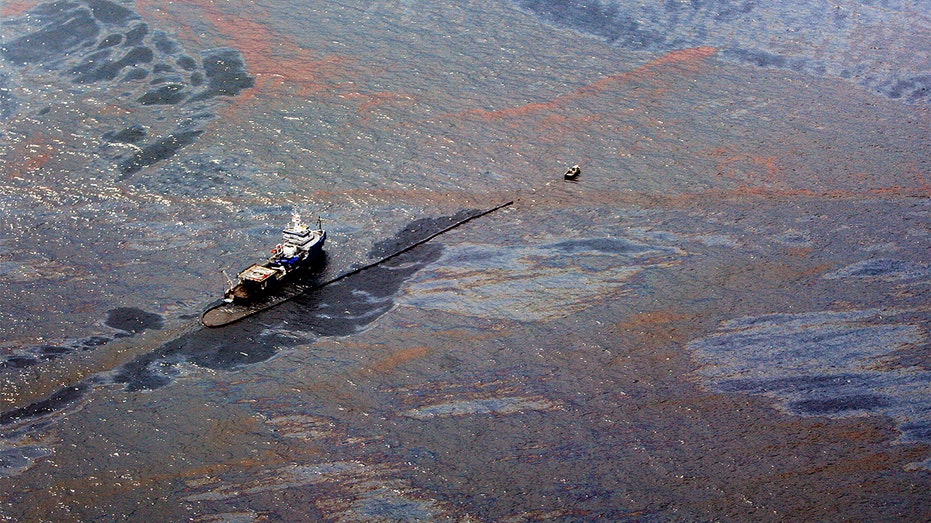 Oil floating on the surface of the Gulf of Mexico in June 2010 at the site of the Deepwater Horizon oil spill. (REUTERS/Sean Gardner, File / Reuters Photos)

"Sometimes, especially with public infrastructure, it's that the winning project is going to be of least cost," Mattei said. "When you're looking at upfront costs, you're not looking at lifetime costs, so that cheaper project might do the job fine, but it might be more expensive to maintain and operate. We really have to start maybe changing the conversation about how we put infrastructure in place initially, and then how we maintain infrastructure."

The hope has been that the IIJA money will help supplement state funds to fix long-neglected infrastructure systems. When these critical systems fail, politicians often toss blame back and forth.

"It’s a true breakdown of our political system that commonsense infrastructure legislation like this doesn’t have widespread bipartisan support," Carter said. "To maintain a robust and strong infrastructure going forward, we have to put aside the detrimental mentality of ‘not my party, not my president, not my problem,’ and come together to debate, compromise and coalesce to do what’s right for the people."