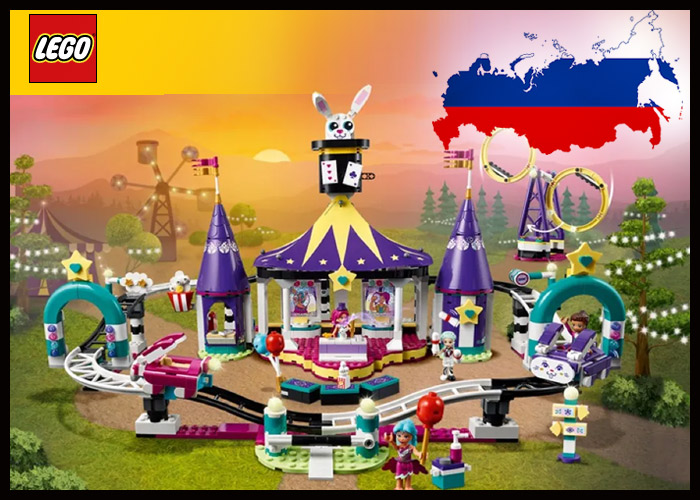 Attributing the pull-out to the continued extensive disruption in the operating environment, Lego has terminated the commercial contract with its Russian franchisee Inventive Retail Group (IRG). The franchisee owned and operated 81 stores on behalf of Lego.

Lego temporarily froze some of its stores in Russia in June due to supply issues after earlier suspending its shipments to Russia in March amid the sanctions imposed on Moscow by western countries.

IRG operates more than 450 specialized retail and online stores with a portfolio made up of world famous brands such as Apple‚ Samsung, LEGO, Nike and others.

Late last month, American shoe and clothing manufacturer Nike also did not renew its franchise agreement with IRG to exit from the Russian market. It was forced to close all of its stores under this brand due to logistical issues.

In March 2022, Nike had already stated that it “cannot guarantee the delivery of goods to customers in Russia.” From March to May, the number of Nike single-brand stores in the country had already dropped from 116 to 56.

Other major companies to exit their Russian operations, citing the humanitarian crisis caused by the war in Ukraine as well as the unpredictable operating environment, include McDonald’s, Adidas, Starbucks, HP and Cisco among others.

Tech majors Apple and Microsoft also have suspended all sales and services in Russia, while payment companies Visa and Mastercard decided to cease all transactions in the country.

Netflix, the popular video streaming service, also in March said it was shutting down all its operations in Russia. International Business Machines Corp. also wound down its business in Russia.

Outside the U.S., Samsung, Henkel, Nokia, Holcim, Philip Morris International, and Marsh McLennan have joined the list of companies that have wound up operations in Russia.