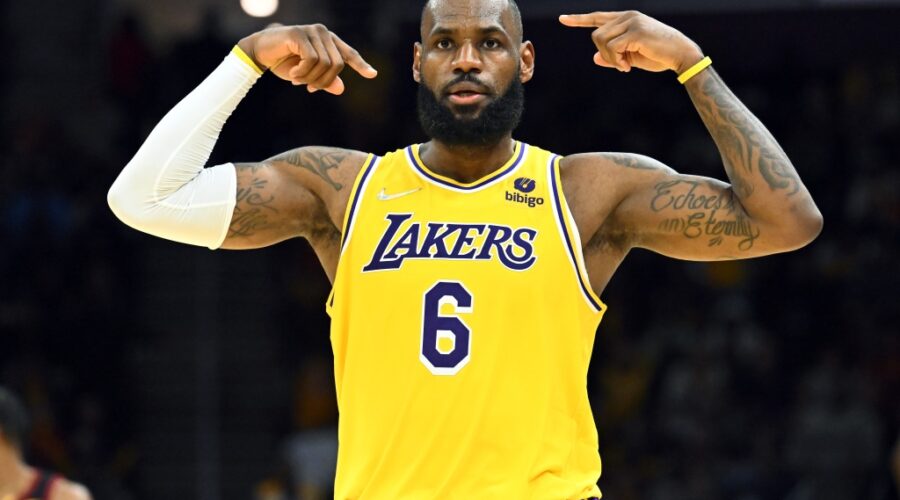 That sigh of relief you just heard after LeBron James’ two-year contract extension with the Los Angeles Lakers was announced was from execs at the NBA, TNT, ABC & ESPN.

The deal will keep the league’s marquee player in the league for at least two more years — health permitting. It means the 37-year-old James, who is “box office” in the parlance of ESPN’s Stephen A. Smith, will remain a player on the league’s marquee team through 2024, and possibly longer. That’s good for ratings, even if the Lakers can’t make the playoffs.

The agreement, as announced by ESPN’s Adrian Wojnarowski, is for “a two-year, $97.1 million contract extension – including a player option for the 2024-2025 season. James had been entering final year of deal worth $44.5M.”

The Lakers superstar will become “the highest earning player in NBA history with $532M in guaranteed money,” surpassing Brooklyn’s Kevin Durant, according to Wojnarowski.

James, of course, has a thriving career outside of basketball. His SpringHill Company, which he co-owns with Maverick Carter, recently received a minority investment valuing it at $725 million. It most recently had Turning The Tables With Robin Roberts renewed for Season 2 at Disney+. James proved his “box office” status, starring in and producing a remake of Space Jam last year, which faired fairly well for Warner Bros with more than $160 million in theaters worldwide.

The Lakers deal is remarkable in multiple respects, beyond just the money, which Wojnarowski reports could “increase to $111 million if the salary cap in 2023-2024 rises to a substantially higher number.” Also noteworthy is that the league’s TV rights deal is up in 2025.

If James picks up his player option for the third year, he will end the 2024-2025 season at the age of 40. Only a few dozen players in NBA history have played past their 40th birthday, including Lakers’ legend Karen Abdul Jabbar, whom James would undoubtedly pass as the league’s all-time leading scorer if he finishes out his new contract.

While many will question the deal by pointing to James’ age and recent spate of injuries, it’s worth noting that on a lackluster Lakers squad which was missing his co-superstar Anthony Davis for much of last season, the four-time NBA champ averaged 30.3 points per game, 8 rebounds per game and 6.1 assists per game. That’s the second-highest scoring average of his career, topped only by 31.4 points per game 16 years ago in 2005-2006. It would have made James the league’s season scoring leader, had he not missed a couple dozen games due to injury.

The extension could also allow James to achieve what he has often said is his biggest career goal: to play on an NBA team with his son, Bronny. And the 17-year-old’s timeline — he’s considering colleges now — may just match up with his dad’s.

No father-son duo has every played at the same time in the NBA. But James’ ambition seems to go farther than that; He wants to play with his son in the NBA team in the same team at the same time. That would be a truly remarkable feat to cap off his storied career.

The Verdict On Disney+/Marvel Comedy ‘She-Hulk: Attorney At Law’