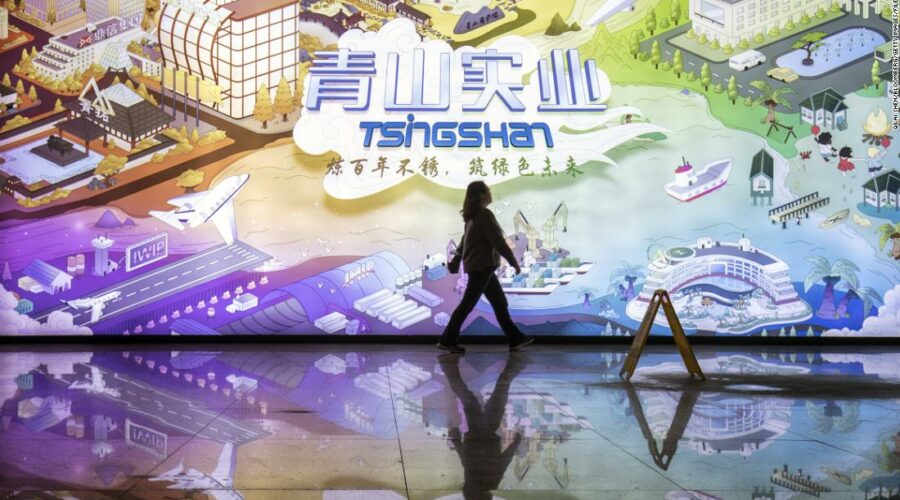 Xiang Guangda made a massive bet over the past few years that the price of nickel would fall, but in March of this year, futures for the metal shot up 250%, a jump that could have bankrupted him and his metals company, Tsingshan Holding Group, the world’s largest nickel producer. Now he’s walking away with little damage, even as other stakeholders are still picking up the pieces of the fallout.
At its peak, Xiang’s stake was equivalent to about one eighth of all of the outstanding nickel contracts in the market: Between 2020 and 2021 he accumulated 30,000 tons of the metal in a short position on the London Metal Exchange, and another 120,000 tons were held in over-the-counter trades with banks including JPMorgan (JPM), BNP Paribas, Standard Chartered and United Overseas Bank. Over-the-counter transactions are made directly between two parties without the supervision of an exchange.

Then, between Friday, March 4 and Tuesday March 8, 2022, a short squeeze caused nickel futures to soar from roughly $29,000 to $100,000 per ton. If prices had remained at that level, Xiang would have owed the LME upwards of $10 billion, enough to bankrupt his company, Tsingshan.

Xiang had spread his position across a total of 10 banks and brokers, according to a Bloomberg News report. As the price of nickel started to spike, Tsingshan suddenly owed each of them hundreds of millions of dollars and was struggling to meet margin calls.

And it wasn’t just Xiang and Tsigshan that were in trouble. The spike generated margin calls across other companies higher than the LME had ever seen — and if paid, would have forced multiple defaults to ripple through the exchange, destabilizing the global nickel market.​​
LME executives scrambled to respond, ultimately throwing a lifeline to the brokers representing Tsingshan and other producers. In an unprecedented intervention, the LME halted nickel trading and retroactively canceled the 9,000 trades that occurred on March 8, worth roughly $4 billion in total. The move brought the price back down to just under $50,000.

But $50,000 per ton would still mean billions in losses for Tsingshan.
Xiang reportedly refused to pay that amount. His banks, worried about the challenges of pursuing legal battles across China and Indonesia, gave in. Xiang eventually cut a deal where he would slowly reduce his nickel position — once prices dropped below $30,000, according to Bloomberg.
When the exchange reopened a week later, prices fell and Tsingshan was able to quickly cover 20% of its short position. By May, China’s Covid lockdowns had decimated the price of nickel and Tsingshan had almost completely recovered. Xiang settled his outstanding debts with JPMorgan and the other banks for about $1 billion, according to JPMorgan.
Tsingshan easily offset that loss with $56 billion in revenues last year.
The damage was more pronounced on the other side of the ledger. JPMorgan reported a nickel-related loss of $120 million in its first quarter earnings report. “We’re helping our clients get through this,” CEO Jamie Dimon said at the time. “We had a little bit of loss this quarter, we’re going to manage through it. We’ll do post-mortems on both what we think we did wrong and what the LME could do differently later.”
The LME is still dealing with the fallout from the short squeeze. Trading volume has yet to recover, raising questions about the exchange’s ability to accurately benchmark the price of nickel. LME volumes fell by 21% in the second quarter relative to the first three months of 2022.
The LME will now require members to disclose all the over-the-counter positions of their clients on a weekly basis starting July 18, something that the exchange’s CEO Matthew Chamberlain has been pushing for since 2021.
Had that provision been in place in March, the LME would have known that one company was sitting on a 150,000-ton short, analysts said.

Several hedge funds that were long nickel after betting that supply would decrease following Russia’s invasion of Ukraine — Russia provides about 20% of all top-grade nickel globally — are still cleaning up the mess. When the LME decided to retroactively cancel those $4 billion in gains on March 8, those hedge funds lost giant sums of money.
“Nice to see that JPMorgan and The Big Shot got out of this whole thing with only scratches,” Cliff Asness, founder of AQR Capital Management, which manages $124 billion in assets and was among those that lost money when the trades were canceled, said in a sarcastic tweet. “It’s just heartwarming.”
Source: Read Full Article

12/07/2022 Business Comments Off on Last look: The green transition will trigger a new race for natural resources
Markets