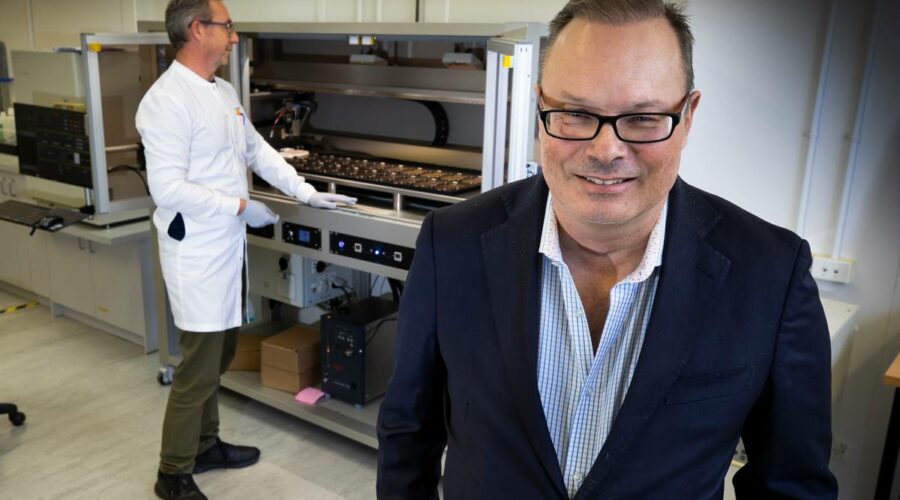 An Auckland biotech company is aiming to raise $7 million to expand its manufacturing after making a breakthrough in a Covid-19 antibody test.

The blood test allows it to differentiate between those who have antibodies from being infected with Covid-19 from those who have been vaccinated and there are hopes the test can be used to facilitate safe entry into New Zealand by foreign travellers.

Pictor developed its test with a $500,000 funding grant from the Government’s $25m Covid-19 Innovation Acceleration fund. The test – a pinprick on your finger rather than a nasal swap – should be able to tell if you are infected, or not, within an hour.

In May, Pictor said it was entering US Federal Drug Administration trials for its PictArray rapid antibody testing product, which it said it hoped would gain emergency approval within months. It would see regulatory approval for use in NZ and other territories on the back of the FDA’s decision.

At the same time, the company announced it had recruited the Silicon Valley-based Schlumpberger – a veteran who has served as a senior executive with a string of bioscience startups – as its CEO.New Zealand life sciences serial entrepreneur Howard Moore, the previous CEO, is now chief operating officer.

“Given the demand we are facing, Pictor realises that it will need to markedly expand its resources so it can service the market,”Schlumpberger said today.

Schlumpberger said it was aiming to raise $7m to invest in expanding its manufacturing capacity in New Zealand and in-market resources in the USA.

He expected existing shareholders to support the capital raise as well as attracting interest from international investors.

Its current investors include the ubiquitous Sir Stephen Tindall via his K1W1 fund which owns 8.97 per cent of the company, as well as Icehouse Ventures and Cure Kids Ventures.

Schlumpberger said the Pictor diagnostic was unique in that it could separately detect antibodies to two of the virus’s proteins – spike protein and nucleocapsid protein – in one test.

The test has been provisionally patented.

Pictor was founded in 2005 by entrepreneurial scientists, Dr Anand Kumble and Dr Sarita Kumble, who retired in 2017 but are still the largest shareholders in the company with a 16.07 per cent stake.

Danny Chan is the second-largest shareholder with a 14.11 per cent stake.

Pictor has since expanded and now has 25 employees in the US, New Zealand, Europe and India.

The startup has also been developing a new test for Mycoplasma bovis that it hopes will have a much higher sensitivity rate. Schlumpberger said that effort had now been put on hold while Pictor focussed all its energies on the Covid-19 pandemic threat.