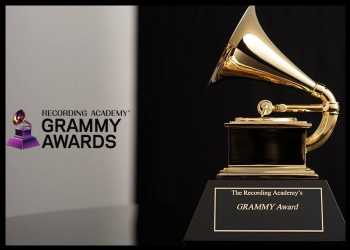 Jon Batiste, Olivia Rodrigo and Silk Sonic are among the big winners at the 64th Grammy Awards.

Batiste leads the pack with five win. His uplifting soul record WE ARE won Album Of The Year award.

The jazz musician also took home the award for Best Music Video (“Freedom”), Best American Roots Performance and Best American Roots Song (both for WE ARE track “Cry”), and Best Score Soundtrack For Visual Media (Soul). He was the most-nominated artist of the night with 11.

In a moving speech, he said, “I believe this to my core — there is no best musician, best artist, best dancer, best actor. The creative arts are subjective and they reach people at a point in their lives when they need it most”.

Silk Sonic, the duo of Bruno Mars and Anderson .Paak, took home both the song of the year and record of the year awards for their soul throwback anthem Leave The Door Open.

The teenage sensation dedicated the achievement to her parents.

Foo Fighters won three awards, but they did not attend the ceremony as the band’s drummer Taylor Hawkins died in his Colombia hotel room last month.

After a three month delay due to the Covid-19 surge, the Recording Academy presented the 64th Annual GRAMMY Awards on Sunday at the MGM Grand Garden Arena in Las Vegas.

In a pre-taped video message, Ukrainian President Volodymyr Zelensky urged viewers to tell the story of what is happening in his homeland, to share their plight. “Our musicians wear body armor instead of tuxedos. They sing to the wounded in hospitals,” he said, the comparison a stark reminder of the importance of art.