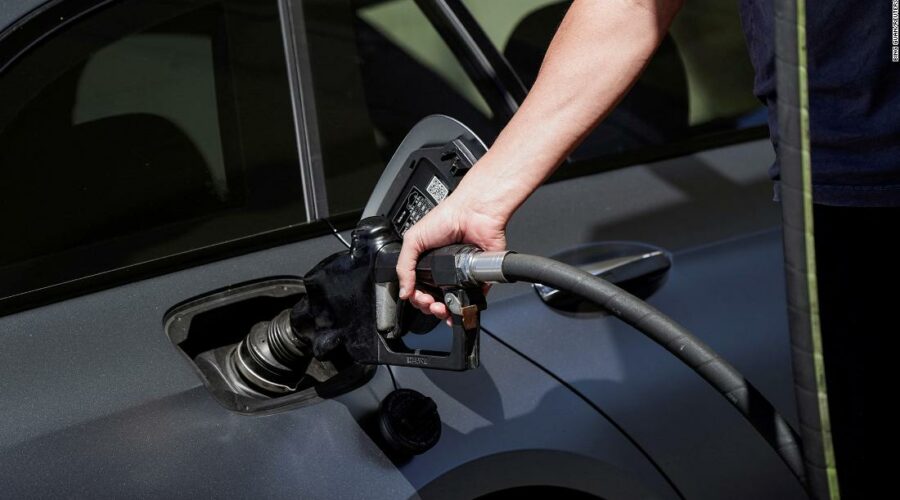 New York (CNN Business)Americans had to reach deeper into their pockets in March, as yet another key inflation index showed prices hit a fresh 40-year high.

The Personal Consumption Expenditures price index increased by 6.6% for the year ended in March, the Commerce Department reported Friday. It was the highest rate since the period ended January 1982, outpacing the figure from February.
Energy costs soared in the first quarter on the back of the war in Ukraine, rising 33.9% for the year ended in March. Food prices rose 9.2% over the same period.

Stripping out food and energy costs, the PCE inflation measure rose 5.2%, a slightly slower pace than the 5.3% recorded in February. This index is the Federal Reserve’s preferred measure of inflation, but the slight tick lower is unlikely to change the Fed’s policy path.

The central bank began to raise interest rates last month to get a handle on high inflation, and is expected to keep increasing rates all year. At next week’s highly anticipated policy meeting, the bank is expected to hike rates by a half-percentage point.

Economists are hopeful that inflation peaked in the first quarter — but only the April data could show any relief.
Looking at March alone, prices rose by 0.9%, more than in previous months, while core prices increased by 0.3%, flat from February and in line with economists’ expectations.

Despite the price jumps in March, Americans felt a little better about the economy in April, data from the University of Michigan’s consumer sentiment survey showed Friday.
A big part of the reason was a drop in gas cost expectations: After prices at the pump soared in March, they moderated again in April, bringing some relief for household budgets.
“Other positives for consumer spending in 2022 are the very strong labor market and record-high household wealth, due to rising home values and a still-elevated stock market, even with recent price declines,” said PNC chief economist Gus Faucher. “However, rising interest rates this year will become more of a drag, especially for big-ticket items.”
That said, Friday’s data needs to be taken with a grain of salt: With the exception of February and March, the sentiment index for April was still lower than at any point in the past decade.
“Consumers have lost confidence in economic policies, with fiscal actions increasingly hampered by partisanship in the run-up to the Congressional elections,” said Richard Curtin, chief economist of the Surveys of Consumers. “Monetary policy now aims at tempering the strong labor market and trimming wage gains, the only factors that now support optimism.”
For the moment, the job market remains strong and employers keep upping salaries to retain and attract workers. Friday’s BEA data showed that American incomes increased, adding 0.5% or $107.2 billion. Disposable incomes also rose 0.5%, or $89.7 billion, while consumer spending increased by 1.1%, or $185 billion, more than in the prior month.