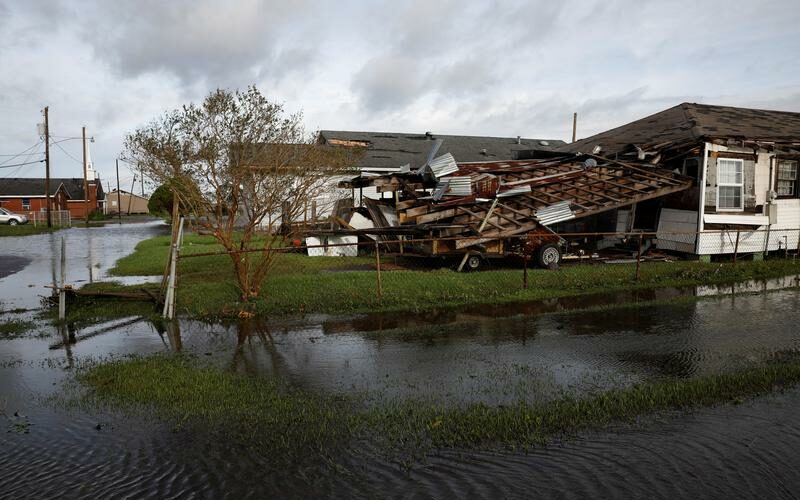 NEW YORK (Reuters) – Insurers are bracing for $15 billion to $30 billion in claims from Hurricane Ida, but the figure could jump higher, in part because of pandemic pricing that has pushed up the cost of lumber and labor to rebuild, insurance experts said on Monday.

A damaged building is pictured after Hurricane Ida made landfall in Louisiana, in Kenner, Louisiana, U.S. August 30, 2021. REUTERS/Marco Bello

The widely ranging estimates, based on models that track the storm’s severity and path, are still likely to be less than the $87 billion in claims from Hurricane Katrina, when adjusted for inflation, experts said.

Ida was about one category weaker than Katrina was when it made landfall 16 years ago, and that makes a large difference in its destruction and financial cost, Newsome said.

Insurers said they are asking clients about damage and poring over satellite images to assess the wind impact. But inspections are necessary to assess the amount of flooding.

“The wind damage may be more visible, but you don’t know the extent of the water damage until you’re actually able to inspect,” said Anne Wilson, property expert for the Americas at Swiss Re AG. “You have to get eyes on the ground.”

With power outages, floods, impassable roads and other impediments, production can be disrupted for weeks and can generate contingent claims by distant businesses unable to get supplies from or sell products to companies hit by the storm.

“Those involved parties could be anywhere,” O’Brien said. “A local event can ripple out across the world.”

Ida also likely will renew efforts to address problems with NFIP, which was launched more than 50 years ago and is $20.5 billion in debt because the premiums are too low to cover the cost of claims, said Craig Poulton, chief executive officer of Poulton Associates, which administers flood and other insurance.

“This event will serve as a reminder of the severity that storms can bring,” he said.