Jennifer M. Granholm is the 16th United States Secretary of Energy. The opinions expressed in this commentary are her own.

The image of a collapsed electrical tower and power lines that Hurricane Ida tossed into the Mississippi River illustrated a fundamental challenge facing the nation: Our power systems weren’t built to withstand extreme weather events. Without major investments to reinforce, modernize and clean our grid, the question will not be whether it fails, but when.

Over the year, we’ve gotten a full view of the dangers ahead. Even before Ida, we had wildfires and heatwaves threatening to overload the grid, droughts straining hydropower generation, and a polar vortex that froze gas production. This pummeling is part of a long trend driven by climate change — one that will continue to worsen if we keep spewing carbon pollution.

As UN Secretary-General António Guterres has said, this is a code red for humanity. But luckily, the Biden administration has a plan to respond: the Build Back Better Agenda, which will make essential crucial investments to protect our infrastructure against climate impacts, and put our nation on track to build a clean energy economy.

While some have questioned the scope of the President’s historic proposals, we should weigh their concern alongside the exponentially skyrocketing costs of cleaning up after extreme weather events. In the 1980s, it cost about $18 billion a year to clean up after climate disasters. Then the extreme weather intensified, so the costs ballooned. In the 1990s, we spent about $27 billion annually to clean up. In the 2000s, it cost almost $52 billion annually. In the 2010s, cleanup costs exploded to $81 billion. Then in the last five years, we’ve spent a whopping $121 billion per year to clean up after an angry Mother Nature.
We simply cannot afford to stay on this trajectory.

When these climate disasters hit the power system, they disrupt businesses, put a massive strain on state and local government budgets, and harm the health and wealth of American families nationwide. More than 100 million Americans were under a heat alert over this summer. And it’s low-income Americans — disproportionately in Black, Latino and indigenous communities — who suffer the most direct and immediate harm. In Louisiana and Mississippi, those who couldn’t evacuate after Hurricane Ida endured temperatures pushing triple digits while awaiting power restoration.
To keep the American people safe, we need to increase resilience to these potent storms —which first requires more transmission lines to transport power across long distances. This would reduce the likelihood that a local power plant going down during a storm will leave communities without electricity.
We also need to ensure that the new infrastructure we’re building can weather the mounting climate impacts we know are coming. That means, for example, switching wooden poles for steel ones in reinforced concrete, and, where it makes sense, putting lines underground. In response to wildfires, Pacific Gas and Electric is working to bury 10,000 miles of power lines. We can replicate that effort in key areas most vulnerable to extreme weather. 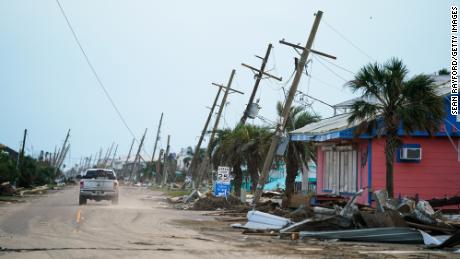 Granted, additional lines, stronger poles and strategic undergrounding can’t stop every weather disaster from knocking power plants or transmission offline — but we can mitigate disruptions when they occur with distributed clean energy systems.
Even as most of New Orleans was in the dark, the residents of St. Peter Apartments enjoyed eight hours of electricity a day thanks to the complex’s rooftop solar panels and onsite battery storage. We should connect more critical infrastructure and buildings to such renewable microgrids that can go online quickly and meet local needs. While we work to complete transmission upgrades spanning thousands of miles, cities and states can act quickly to deploy and incentivize these smaller-scale distributed energy projects.
Yet even these steps will prove fruitless if we allow these natural disasters to keep growing more destructive and commonplace. The only way to truly strengthen the grid for the long haul and protect our communities is to build a clean energy economy. Many of the technologies we need to reach a zero-emissions future — like solar energy — are already proven, and scaling deployment would generate massive job creation. If we made a push to power 40% of our electricity through solar by 2035, we’d create as many as 1.5 million jobs — without raising energy prices. Other clean energy technologies, like battery storage and clean hydrogen fuel cells, hold great potential that we can unlock with federal investment. 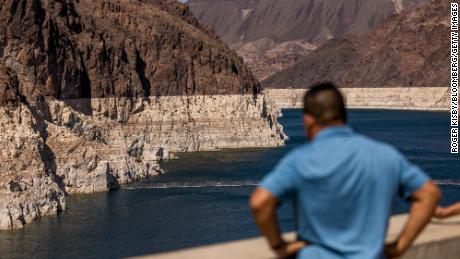 The good news is that the Bipartisan Infrastructure Deal before Congress includes $27 billion for essential transmission investments — which could include reinforcing transmission towers and burying transmission lines underground, on top of the bills’ expansions in broadband and EV charging components.

The second piece of President Biden’s Build Back Better Agenda — also known as the reconciliation bill — offers a chance to ground those transmission upgrades within a clean energy foundation. As members of Congress go through the process of writing this bill, they can and should include measures like tax credits to support added clean energy capacity and technologies like microgrids, block grants for state and local governments pursuing clean energy projects, and the Clean Electricity Performance Program — a combination of policies that will put our nation on track to truly tackling climate change.
The grid challenge may be daunting, but the decision we face is not a difficult one. We can keep polluting the atmosphere and keep paying billions to recover from extreme weather disasters as they continue intensifying — leaving us in a never-ending cycle of destruction, disruption and rebuilding. Or we can invest now to build a more resilient, clean energy power system that will help us finally confront the climate crisis, creating millions of jobs in the process. The right choice couldn’t be clearer.
Source: Read Full Article