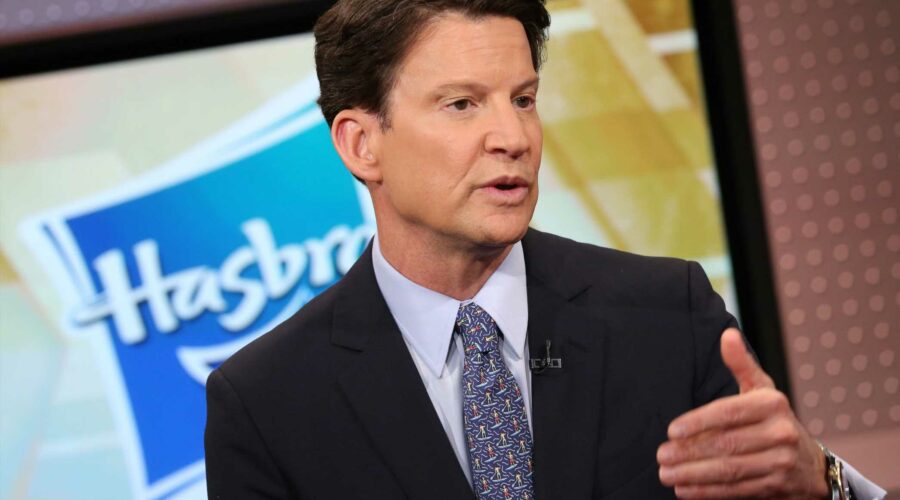 The toymaker Hasbro announced on Tuesday that its longtime Chief Executive Brian Goldner has passed away, just two days after he took medical leave.

Goldner, 58, had been serving as CEO since 2008. He joined the business in 2000 and became chairman of Hasbro's board in 2015. Goldner also served as a director on the ViacomCBS board.

Rich Stoddart, most recently the lead independent director of Hasbro's board, was appointed as interim CEO when Goldner took medical leave.

"Since joining the company more than two decades ago, Brian has been the heart and soul of Hasbro," Stoddart said in a statement. "As a charismatic and passionate leader in both the play and entertainment industries, Brian's work brought joy and laughter to children and families around the world."

Last August, Goldner disclosed that he had been undergoing continued medical treatment for cancer since 2014.

While at Hasbro, he successfully grew the business beyond toys and games, and into television, movies and digital gaming. Goldner's tenure was marked by a focus in leveraging the company's brands across entertainment.

"Under Mr. Goldner's guidance, Hasbro has evolved from a manufacturing company to a manager of a robust portfolio of over 1,700 brands," Stephanie Wissink, analyst at Jefferies, wrote in a research note published Sunday.

He served as executive producer on 2007's "Transformers," a film that was credited with broadening Hasbro into a character-based multimedia company. He went on to produce more than a dozen titles across movies and TV including three G.I. Joe films and a My Little Pony feature.

Most recently, in 2019, he pioneered Hasbro's $3.8 billion acquisition of Entertainment One, the Toronto-based studio known for "Peppa Pig" and "PJ Masks."

"During periods of extreme volatility in the toy industry, Mr. Goldner has stayed the course and motivated the global team to press forward toward higher growth, higher margins, and stronger capital returns," Wissink wrote.

Goldner and his wife, Barbara, were also active in the local Rhode Island community in which Hasbro is located. After the death of their son Brandon from an overdose, the pair sought legislative and community-based solutions to the growing opioid crisis. In addition to his wife, Goldner is survived by a daughter.