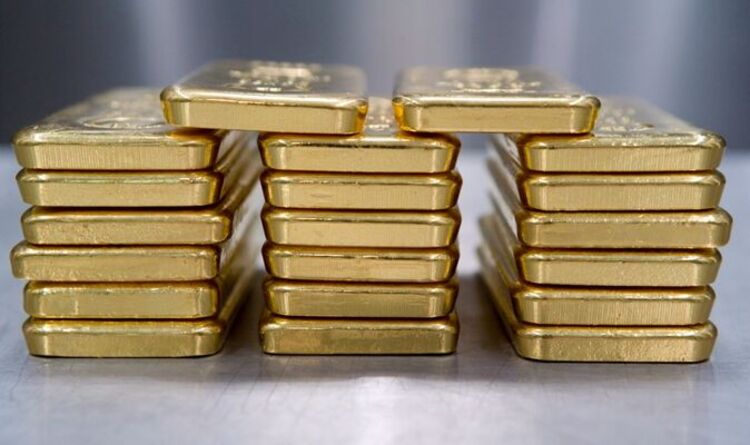 Queen 'got in trouble' for gold piano in speech says expert

OANDA’s senior analyst Jeffrey Halley was reported by Reuters as saying: “Gold is falling after its rally stalled on Friday and the US dollar strengthened this morning in Asia.”

The news comes after the US dollar strengthened and Treasury yields held firm against multi-month highs.

The Russian central bank has also reportedly fixed its price of 5,000 roubles ($52) per gram between March 28 and June 30.

However, this is said to be below the current market value of around $68.

The US Treasury announced last week it had banned all gold transactions with Russia’s central bank.

It also follows on from reports that Russia could drop some of its previous demands in peace talks between Moscow and Kyiv.

Reports suggest the Kremlin dropped three key demands, including the ‘denazification’ of Ukraine, in a draft ceasefire agreement.

The Financial Times reports four people who have been “briefed on the discussions” suggest Russia is now prepared to leave the Ukrainian leadership in place and even drop the legal protection of the Russian language.

It has also been claimed Vladimir Putin might allow Volodymyr Zelensky to take Ukraine into the European Union.

However, the Kremlin continues to call on Kyiv to drop any hopes of joining NATO.

“We are ready to go for it. This is the most important point.”