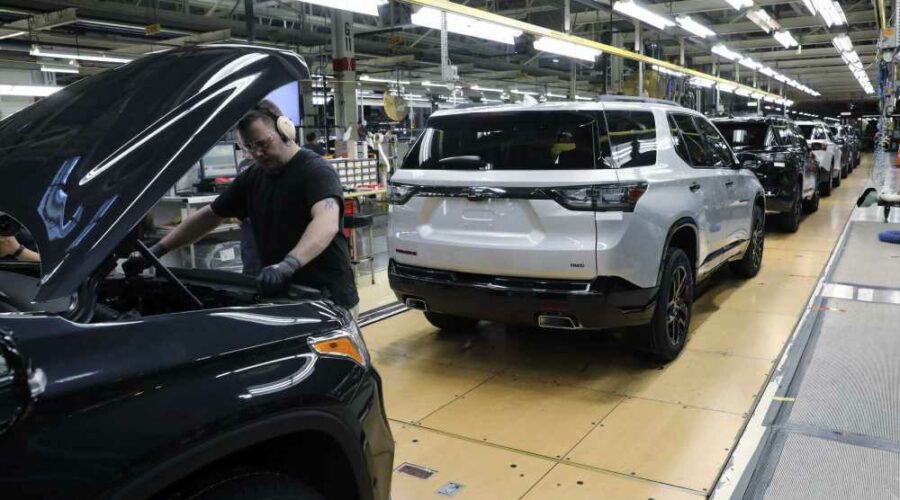 General Motors' vehicle sales and production will be hit harder by the global chip shortage during the second half of the year than previously expected.

The shortage will cut GM's wholesale deliveries by about 200,000 vehicles in North America during the second half of the year compared to the 1.1 million it delivered in the first half of the year, GM CFO Paul Jacobson said Friday during an RBC Capital Markets conference. That reduction is double the 100,000 units that was expected when GM reported second quarter earnings in August.

Despite the increase, Jacobson said the company is maintaining its most recent guidance for 2021.

"We're still going to deliver a year that's higher than what we originally thought coming into January," Jacobson said, adding much of the impact will occur in the third quarter.

Low inventory levels of cars and trucks amid resilient consumer demand have led to record-high pricing on new and used vehicles, producing wider profit margins for automakers such as GM as well as their financing companies.

The new 200,000-vehicle impact follows GM announcing or extending downtime last week for nearly all of its plants in North America for varying periods of time.

Jacobson said the company expects 2022 to be a "more stable year" for the semiconductor supply chain, even if it's "not back to completely unconstrained" levels.

Automakers, including GM, have declined to release new forecasts for how much they expect the chip shortage to impact earnings due to the volatility of the situation. They previously forecast billions in losses due to the problem, much of which has been offset by higher profits from record vehicle prices.

The semiconductor chip shortage is expected to cost the global automotive industry $110 billion in revenue in 2021, according to a May forecast from consulting firm AlixPartners.

10/09/2021 Business Comments Off on GM doubles chip shortage impact to 200,000 vehicles in second half of year, maintains guidance
Markets