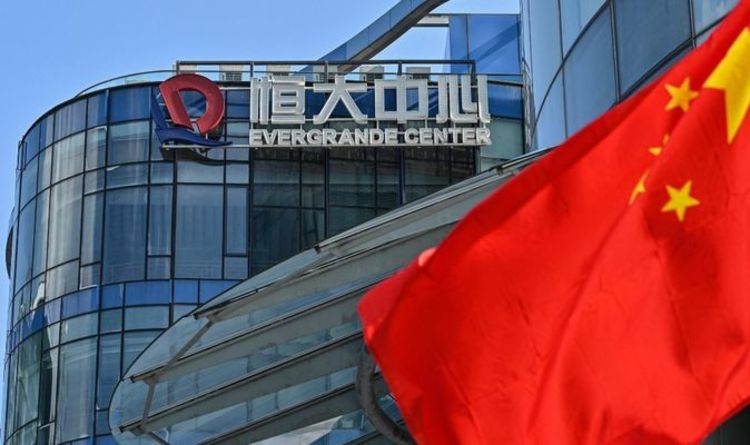 Pensions expert offers tips to keep finances on track in 2022

The embattled company has faced several bond repayment deadlines but has secured approval to delay the repayment of one of its bonds from bondholders. Evergrande has accumulated debts of up to £226.9billion but will now delay the payment of a $157million (£114million) January 2023 bond. Evergrande’s main developer, Hengda Real Estate Group said it had reached an agreement with bondholders to delay payment on Thursday.

Of those who voted, 72.3 percent approved the extension, Reuters reports.

Two payments amounting to £95million were missed in October.

A further three were missed on November 10, which amounted to £109million.

A further payment was also missed on December 6, following the end of a 30-day grace period.

In order to try and stay afloat, the real estate company has sold off several assets to raise funds.

The company sold its entire stake in the HengTen Networks Group for $273million (£199million) last year.

Evergrande also moved out of its Shenzhen headquarters to a private property, albeit in the same city.

A statement read: “In order to save costs, the company has gone through the lease cancellation procedures for Houhai Excellence Center in December 2021 and moved to its own property in Shenzhen.

“The company’s registered place has not changed and is still in Shenzhen,” it added.”

The property market is essential for China’s GDP and is valued at $55trillion (£40trillion) – four times larger than the country’s GDP.

When including construction and property-related goods and services, the annual housing activity accounts for 29 percent of the country’s GDP.

With the company struggling to pay off its debts, there are fears its collapse could have the Chinese economy due to its size.

Dr Marco Metzler, senior analyst for Deutsche Markt Screening Agentur (DMSA), warned the collapse of Evergrande, and its consequences for China’s economy could have huge implications for the financial system.

He said: “This is the first domino of the collapse of the market.

“It will be even worse than the 2008 financial crash.

“The market is bigger than what the US was.

“Plus, the supply chains aren’t working and there is inflation.

“If the market doesn’t crash, we will have hyperinflation and that will have the same effect on the economy.”