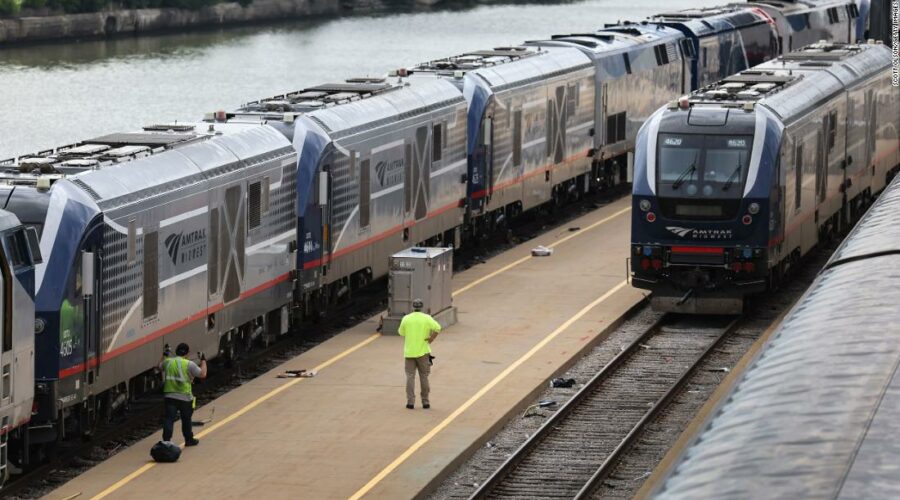 The gap between rising wages and an annual inflation rate is still uncomfortably high.
“The desire to keep pace with inflation has workers demanding that they get increased salaries and benefits, which of course will lead to more inflation,” wrote Greg Valliere in a note to clients. “Railroad workers are leading the way but everyone wants more.”

Those are the dollars and cents behind workers’ dissatisfaction. But it’s not just about pay. 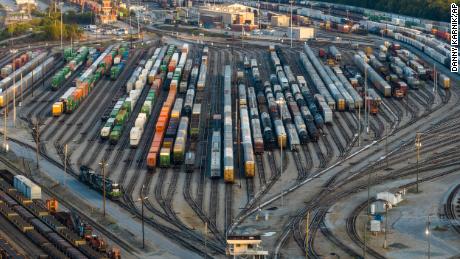 Railroad union leaders, who agreed to a tentative deal to avoid a massive nationwide strike this week, say the key issue for their 60,000 workers was sick leave. And rail engineers and conductors had complained their rostering system meant they were on call seven days a week.

“This is the quality of life issue,” said Dennis Pierce, the National President of the Brotherhood of Locomotive Engineers and Trainmen.
President Joe Biden hailed the tentative deal as a win for “the dignity of work.”

Workers are crushed by inflation near the highest in 40 years, yes, but also exhausted by the disruptions of a pandemic. From an averted rail strike, to teachers walking off the job in Seattle, a nurses’ dispute in Minnesota, and organizing gains for baristas, these workers are demanding more from their employers.
For the 15,000 Minnesota nurses who walked off the job Monday, the big issue was short-staffing. Last month 4,500 teachers in Columbus, Ohio, picketed for better heating and air conditioning, decrying “miserable classroom environments.”
“We are seeing really for the first time in 50 years a rebalancing of power between labor and corporations,” CNN global economic analyst Rana Faroohar told me on CNN’s Early Start. “That’s something very new and I expect it to continue. I think wages are going to go up and I think that you’re going to see more demands for things like vacation, sick leave, better treatment across industries.”
Valliere agrees: “More contracts will be for three years or more, and more wages will be linked to the CPI, as unions flex their muscles.”
Linking pay to the Consumer Price Index, a key US inflation report, is how Social Security benefits for seniors are calculated each year. Based on inflation rates in recent months, seniors’ cost of living adjustment for 2023 could be near 9%.
Here’s the conundrum. For workers, closing that gap between wages and consumer prices could, actually, be inflationary.

“‘Oh gosh, wages are going up, it’s going to be bad for inflation,'” quips Faroohar. “Well, you know, labor recently has been seeing 5% increases overall. The things that make us middle class — housing, health care, education — these things are going up at triple that rate. So I think putting a little more money in workers’ pockets is not a bad idea.”
All of this comes against the backdrop of a very tight jobs market. There are two jobs available for each person seeking work. Companies have 11 million job openings they are looking to fill. Supply and demand suggests — at least for now — the advantage goes to the worker.
Source: Read Full Article