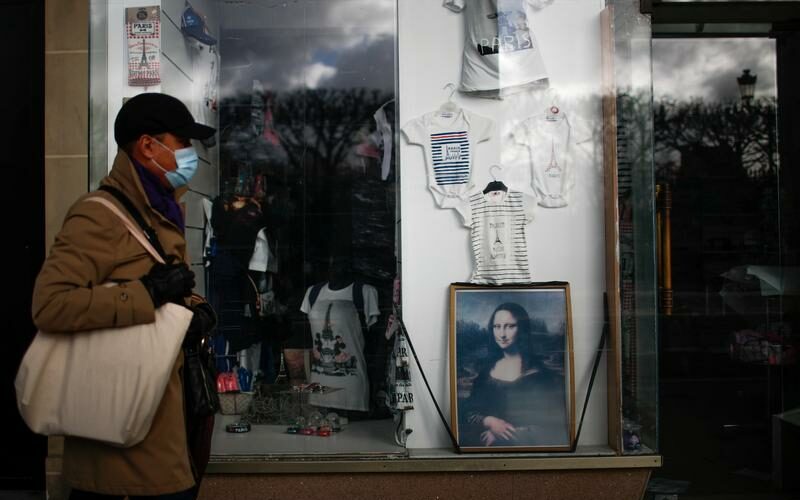 FILE PHOTO: A man, wearing a protective face mask, walks past a “Mona Lisa” (La Joconde) poster displayed in a closed tourist souvenir shop at the arcades of the Rue de Rivoli in Paris amid the coronavirus disease (COVID-19) outbreak in France January 29, 2021. REUTERS/Gonzalo Fuentes/File Photo

The INSEE official statistics agency said its consumer confidence index rose to 102 from 99 in August, hitting its highest level since June.

The improvement brought confidence back to pre-pandemic levels and beat the average forecast of 100 in a Reuters poll of 15 economists.

With the economy rebounding strongly as the coronavirus crisis subsides, households’ concerns about unemployment fell to their lowest level since February 2020, just before the outbreak began in France.

The number of people registered as seeking work at unemployment agencies has fallen sharply since April, and the Labour Ministry said on Monday jobless claims dropped 51,100 in August to 3,308,700, just above the level seen before the crisis started.