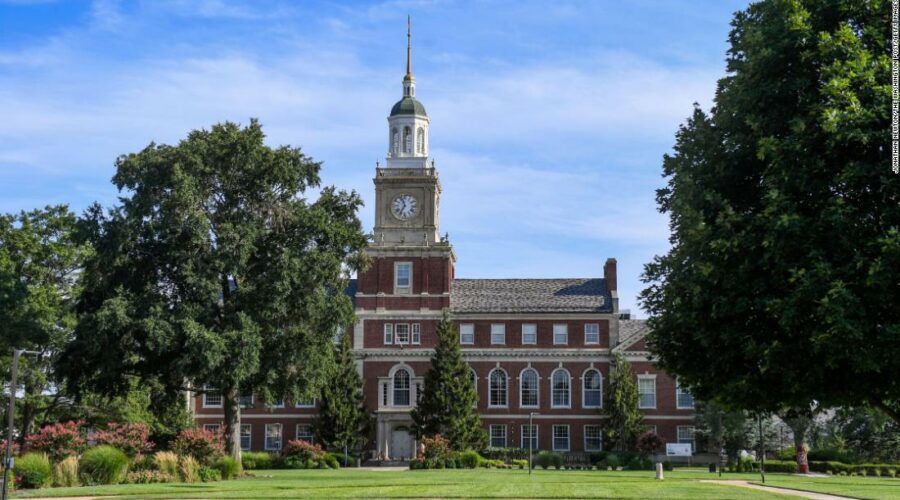 New York (CNN Business)Administrators and career service leaders at some of the nation’s top historically Black colleges and universities, also known as HBCUs, say recruitment of their students and graduates by major corporations has dramatically increased since the police murder of George Floyd more than a year ago.

Public outrage spread globally after the widely viewed video of Floyd’s death at the hands of former officers in Minneapolis circulated in May 2020. That motivated many Fortune 500 companies to do more to improve racial equity in the United States, including bolstering the ranks of Black Americans working in Corporate America.
Since then, HBCU leaders say they’ve been flooded with millions of dollars in donations from major companies as well as billionaire philanthropists like MacKenzie Scott, Michael Bloomberg and the Bill & Melinda Gates Foundation.

The schools’ leaders caution that it’s too early to say with certainty how many more Black college graduates are actually getting hired by major companies, but so far they’ve seen a substantial rise in the number of internships and job interviews provided by major brands.

“In my 24-year career in higher education, all in career services, I cannot recall a time when recruitment efforts at HBCUs have been this high and have stayed this high,” said Seana Coulter, director of the center for career development at Morgan State University, an HBCU in Baltimore.

She says MSU’s online job portal for students saw a 263% increase in employer logins between July 1, 2020, and June 30, 2021, with major companies like Apple (AAPL), Bank of America (BAC) and Estee Lauder reaching out for the first time ever.
“We had a 73% increase in the numbers of events hosted by employers over the same period of time,” Coulter said. “We saw a surge in organizations wishing to recruit from Morgan’s campus all stating they were diversifying their workforce. The surge has not stopped. It’s just been a constant flow ever since it’s started. I would say it’s been record numbers.”
Coulter also began serving as co-chair of the National Association of Colleges & Employers’ HBCU affinity group in January of 2020 before stepping down in July. She says most of the group’s estimated 130 members, who serve as administrators and career service staffers at a wide swath of the nation’s 107 HBCUs, have seen a sharp rise in corporate engagement and outreach over the last year.
“All of us were talking about how we could best handle the volume,” Coulter said. “One of the biggest conversations has been how can we connect them better with the academic departments.” 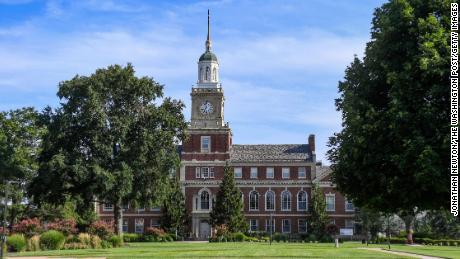 At Howard University, career outreach from major corporations has increased “100%” over the last year, according Debbi Jarvis, the school’s senior vice president of corporate relations.
“It’s doubled,” Jarvis told CNN Business earlier this month. “They actually want to engage with students, even virtually, to increase their pipeline and be deliberate about it.”
The median full-time starting salary for Howard grads is now about $72,680, according to the school’s latest exit survey for graduating students.
Howard says JPMorgan Chase (JPM), Deloitte, Procter & Gamble (PG), Goldman Sachs and McKinsey & Co. rank among the top 25 companies that recruit at the university. That list also includes Accenture (ACN), Microsoft (MSFT), Facebook (FB), Apple and Google (GOOG), which has a tech partnership with the school.
The added corporate engagement for Howard has helped it recruit more high school graduates and increase enrollment, according to Howard University provost Anthony Wutoh.
“In my 25-year experience with Howard University, this is the most significant interest that I’ve seen corporations demonstrate in Howard students,” Wutoh told CNN Business on Monday. “Our efforts to build partnerships and programs that benefit Howard students have led us to this unprecedented time in history where even more corporations are realizing the value of a Howard education.”
Prairie View A&M University, an HBCU in the Houston metro area, saw a 56% rise in the number of companies participating in its spring virtual career fair. The number of companies participating in the school’s fall semester career fair jumped from 122 in 2019 to 233 in 2020, according to Munir Quddus, professor of economics and dean of the college of business at the school.
Quddus estimates that corporate outreach has increased 20% to 25% over the last year from companies like Charles Schwab (SCHW), TD Ameritrade (AMTD) and IBM (IBM) .The school also has received a major rise in contributions from companies like Chevron and Halliburton.
“We’ve definitely seen an uptick,” Quddus told CNN Business. “Companies are not just interested in hiring more students, but also in building partnerships and providing internships.”
Graduates from less-prominent HBCUs are also being interviewed more, according to Nicole Tinson, CEO of HBCU 20×20, a nonprofit that connects black college grads with top companies.
Tinson says her organization has been more helpful for graduates from less-famous HBCUs, like her Dillard University alma mater in New Orleans. She launched HBCU 20×20 in 2017 to help grads who historically haven’t been recruited for jobs at the same level as graduates of traditional colleges and universities, find career opportunities with elite employers.
She says at least 250 new companies, including Yahoo, Mattel (MAT), TEG (TGNA) and the NBA, have been added to HBCU 20×20’s career services database this year.
“We’re just really excited about the direction of the work that we’re doing,” Tinson told CNN Business in July.

Tinson said HBCU 20×20 started its journey four years ago by reaching out to major companies to court them to participate in its career fairs, but that dynamic shifted dramatically last year.
“It’s very rare that we reach out to companies,” Tinson added. “We’re at the point now where companies are reaching out to us.”
Source: Read Full Article

12/10/2021 Business Comments Off on Former MetricStream CEO: Some progress on diversity efforts
Markets