Experts point to the higher contribution of rural from the north for the growth reported by the region, a point endorsed by companies who’ve been pushing their presence aggressively there. The northern region of India has emerged an outlier in the July-September period (Q3), reporting growth ahead of the overall FMCG market. Quarterly growth is basis a calendar year.

The North reported growth of 4.1 per cent in Q3 versus overall growth of 0.9 per cent for the period, Nielsen said in its report released last week.

Regions such as the east and south reported growth of 1.3 per cent and 1.8 per cent each, while the west was the weakest, declining 4.6 per cent in the quarter under review.

Experts point to the higher contribution of rural from the north for the growth reported by the region, a point endorsed by companies who’ve been pushing their presence aggressively there.

The north gets 38 per cent of its sales from rural areas, behind the east’s 48 per cent, Nielsen says.

Rural contributes 33 per cent and 34 per cent each to the south and west in terms of sales.

Companies have been responding to the shift in consumption over the last few quarters.

Britannia’s second-largest market after Tamil Nadu is Uttar Pradesh, where it has reported double-digit growth for the last two quarters, thanks to the contribution from rural areas in the region.

The company, according to MD Varun Berry, has lined up new investments for the north as part of its move to leverage growth.

This includes setting up greenfield projects in Uttar Pradesh and Bihar as part of its Rs 700-crore capital expenditure plans for the next two to three years.

Hindustan Unilever is laying special emphasis on the Hindi heartland through its ‘Winning in Many Indias’ strategy.

Chairman Sanjiv Mehta has indicated from time-to-time that this approach has allowed it to tailer-make products for specific regions, such as the north, where it is aggressively pushing its presence.

Nielsen says that the north is increasingly asserting itself from a consumption perspective across the urban-rural divide.

The government’s rural focus is also clicking including its move to increase the minimum support price of key crops as well as improvement in the MNREGA outlay.

The incidence of Covid cases is also lower in the northern region, Nielsen says, pushing up consumption levels in comparison to other zones.

“While growth in the north in Q3 has been driven by rural, in the past urban centres in the north have driven growth,” Sameer Shukla, executive director, retail intelligence, South Asia, Nielsen Global Connect, says.

Delhi remains an important market among northern cities, though places such as Gurgaon, Ghaziabad, Lucknow, Patna and Chandigarh have emerged as key consumption centres over the last few years.

For now, though Delhi remains hobbled due to rising Covid-19 cases, prompting the Delhi government to consider a night curfew among other restrictions.

A higher incidence of Covid-19 cases is also one of the reasons for the poor performance of the western region, Nielsen says.

Maharashtra remains one of the worst affected Covid-19 states, with the local government contemplating restrictions following a surge in cases recently.

The trend over the last three quarters shows that from a growth of 3.4 per cent in Q1, the west reported a decline of nearly 24 per cent in Q2, the sharpest fall by any region, due to the lockdown.

The west also remains the only region to report a  decline in Q3, Nielsen says.

The weakness in the west is expected to last till the time a vaccine is found, though economists and analysts expect the region to do better next calendar year.

“The western region has a higher proportion of sales coming from urban centres, which are likely to bounce back by July-September of next year when a vaccine is found,” G Chokkalingam, founder, Equinomics Research and Advisory, said.

The west derives 66 per cent or nearly two-third of its sales from urban areas, implying it is important for the cities to come back to life. 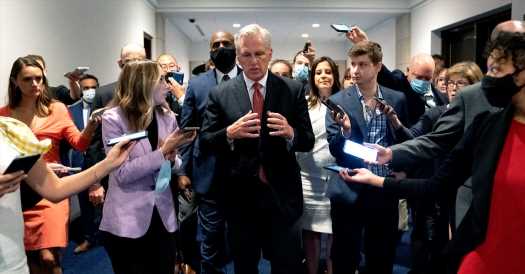