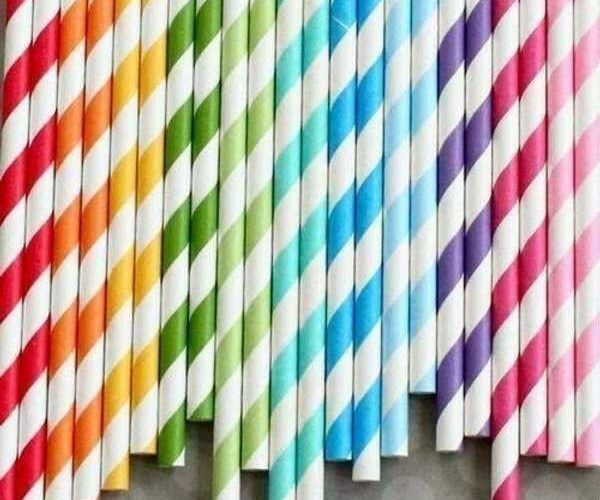 The six billion plastic straws sold with every small tetra pack of juice, milk, lassi, coffee and other drinks can be replaced by paper straws to protect the environment but it will have to be done in phases. That was the message of the presentation made by FMCG companies using small tetra packs last week by their body, the Action Alliance for Recycling Beverage Cartons.

The association told the Environment Ministry that companies need 18 months from the ministry’s deadline of July 1 – when the ban on the use of single plastics for straws, plates and spoons comes into effect – to make the transition.

The association said it will adopt a three-pronged approach to fulfil the goal: import straws, import manufacturing machines so that paper straws can be made here, and use compostable plastics for straws, which don’t have any harmful effect.

The issues with this approach are that the scope for importing paper straws from July is limited as quality paper straws come mostly from Europe and Indonesia where capacity is a constraint.

Importing machinery to make the straws in India will also take a long time as there is a waiting list for the machines.

As for compostable plastics, they have to go through various laboratory tests before they are cleared by the government.

The country’s leading dairy company, Amul, however, believes that paper straws can be manufactured in India to replace plastic straws in less than a year.

“We have a small exposure in plastic straw usage in tetra packs for lassi and flavoured milk.

“However, we expect that paper straws can be made to replace plastic straws in less than a year.

Sodhi says paper straws are currently four to five times more expensive as there is no capacity in India to manufacture them.

The willingness of FMCG companies to switch to paper straws, as evinced in the presentation, marks a retreat from its earlier stand claiming there was no clear alternative to plastic straws and that the government’s aim was unworkable.

The latest response comes after the government refused to accept their request for an exemption from the ban owing to the practical challenges of ending plastic straws.

Apart from the industry, customers have complained that it is tough to insert paper straws into tetra packs.

The industry has pointed out that it’s a problem when paper straws touch a cold surface.

Price is also a factor. The FMCG companies argue that paper straws will be much more expensive.

When paper straws start being manufactured in India, the initial price will be three to four times higher than the price of plastic straws but, as volumes build up, the price will come down.

The companies which are impacted include PepsiCo, Dabur, Amul, Parle, erka and others who use plastic straws for over six billion tetra packs annually, with pack sizes between 75-250 ml generating revenues of over Rs 6,000 crore.

The advantage of tetra packs is that they help in sustainable distribution as they have a shelf life of over six months compared to PET bottles which have a much shorter span in summer.