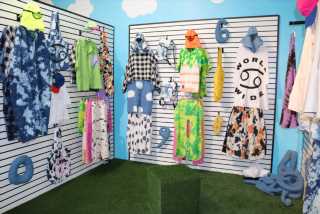 Sam Salad and Rebma — both pseudonyms — have partnered to open shop in Los Angeles’ Highland Park.

“I sort of operate as two people,” said Sam over the phone.

When it comes to press, he went on, “I operate as my nom de plume for Meals.”

Meals is the L.A.-based fashion label he founded, born of an experience selling his designs on Abbot Kinney Boulevard in Venice.

“I sold expensive pants, and people would sort of scoff at the prices, but then they would go across the street to Gjelina Take Away and spend a fortune on food,” Sam explained. “So, I started to frame apparel as food.”

Using the language of food to sell clothing, he began describing his denim, for example, as “super crunchy at first, but it gets really buttery,” he said. “I peppered my language with food speak.”

He and Rebma, Amber backwards, create Meals together. Rebma is the enigmatic designer behind 69.

“Meals combines food and workwear,” Sam continued. “Everything is very soft, and it’s all canvas.…And 69, you could say, it’s broad, big, architectural pieces smashed together with denim.”

The creatives, who previously worked out of The American Cement Building overlooking MacArthur Park, are now at 5440 Monte Vista. The new space serves as both a studio and separate, 700-square-foot storefront, offering Meals and 69 designs along with items by Telfar, Brain Dead and Clyde. Prices are as low as $2 for “knickknacks” and high as around $800 for select 69 pieces. There’s a Meals hat for $25, T-shirts for $60, while most 69 apparel is about $200. Everything is available direct-to-consumer at meals.clothing and sixty-nine.us. 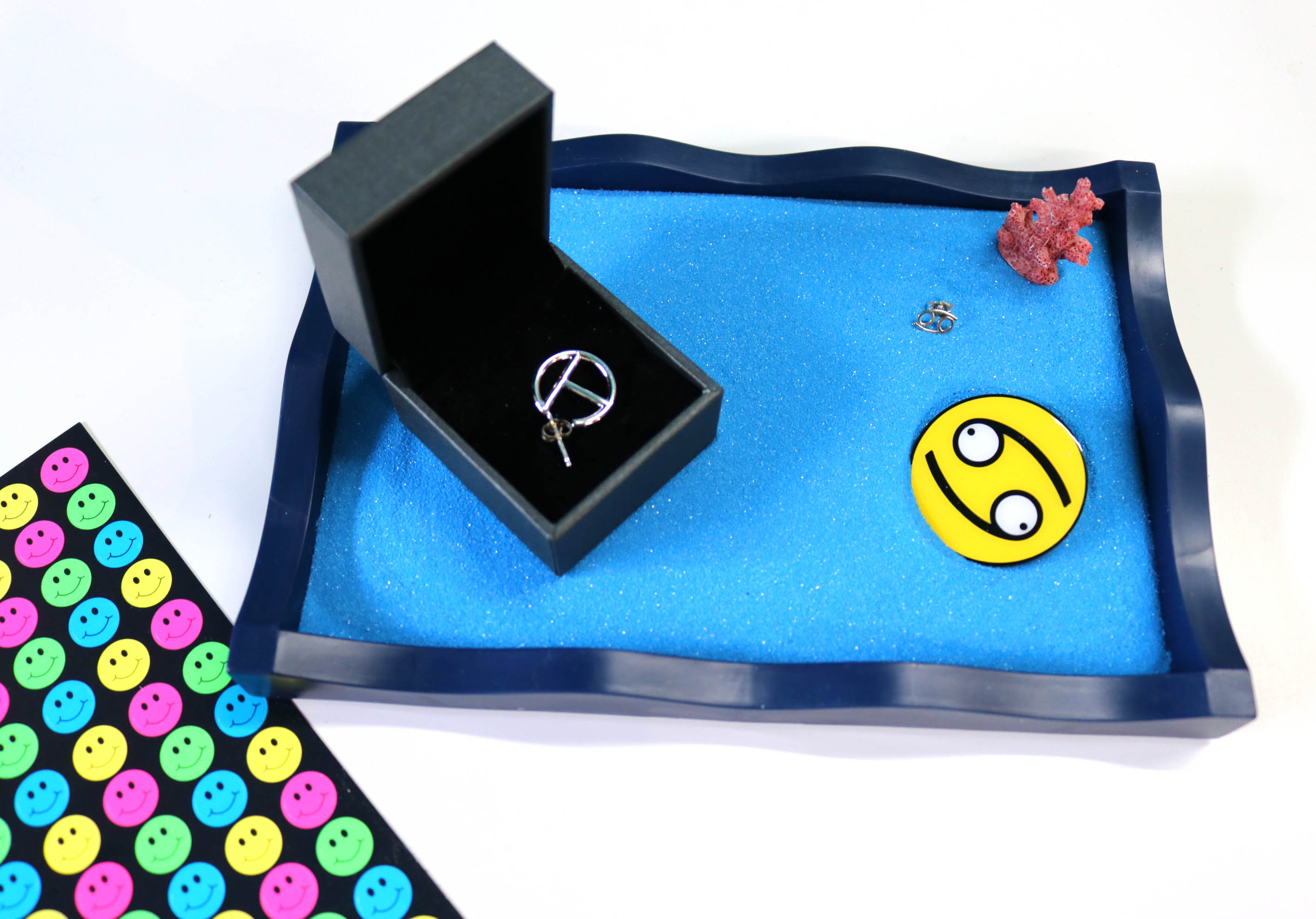 The store is open on Saturdays or by appointment. Courtesy

“Amber was drawn to painting this light blue color,” Sam said of the interior.

Inside, the windowless walls are a sky blue, adorned with fluffy clouds. Imagining a school quad, the shop name came to him: Cloud College.

“We’re introducing a banana short and a banana work dress that’s really cute,” Sam said of new designs. They often work with deadstock fabric, sourced from L.A.’s Ragfinders of California. “I think the idea for this collection is going to be banana split. We do this really fun banana dye where it’s a yellow base [with] brown spots. And then we’re going to do a red cherry pant.”

As colorful as the brand is, bestsellers are in off whites or beige (“It’s slightly ironic.”).

Like all independent designers, navigating the pandemic hasn’t been easy. For a moment, production was paused — but not for long.

“It was at a time when it was very, very hard to get masks,” he said. “The masks completely exploded for Meals and 69, and it gave us working capital and a way to support our selling teams who otherwise were having a pretty hard time.”

“I think we’re sort of surrealist, and we are absurdist in a way,” Sam said of his collective vision with Rebma. “The operative word for Meals is confused. How can we confuse fashion and food? We want people to be in on the joke, but how can we shake things up a bit and make things interesting?”

Later, he added: “I want double takes. I want unusual. I want to live in that.”

Open from 11 a.m. to 5 p.m., Cloud College welcomes shoppers on Saturdays only or by appointment.