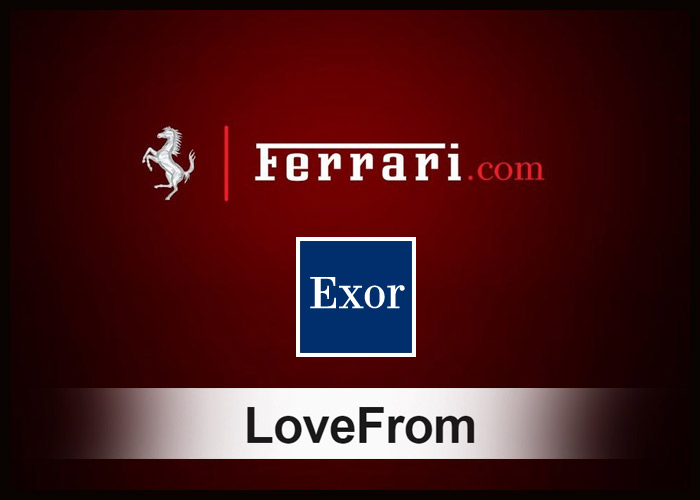 Italian supercar manufacturers, Ferrari and its parent company, Exor Holding announced on Monday that they will be partnering with former Apple design-chief Jony Ive.

Ive left Apple in 2019 and formed a creative space with his fellow designer Marc Newson. The duo were the creators of the Apple Watch. Their company, LoveForm, brings designers, writers, architects and artists under the same roof. The company also has many former Apple designers in its roster.

In the statement, the luxury car makers said, “The first expression of this new partnership will bring together Ferrari’s legendary performance and excellence with LoveFrom’s unrivalled experience and creativity that has defined extraordinary world changing products. Beyond the collaboration with Ferrari, LoveFrom will explore a range of creative projects with Exor in the business of luxury.”

Ive, commenting on the matter, said, “As Ferrari owners and collectors, we could not be more excited about collaborating with this extraordinary company and in particular with the design team expertly led by Flavio Manzoni. We see some uniquely exciting opportunities working together which we believe will yield important and valuable work.”

Jony Ive has been one of the leading reasons for Apple’s rise to the summit. He was with Apple for 27 years and was the main man behind the designs of iMac, Power Mac G4 Cube, iPod, iPhone, iPad, MacBook. When Ive parted ways with Apple, the tech giants said that Apple will still be a client to Ive’s company. However, apart from the colorful 24-inch Mac that was released in April, Ive is not known to be a part of Apple’s recent product line up.

In addition to designs, Ive has also joined the Partners Council of Exor where he will share his opinions on more serious business related decisions. Recently, Exor and Ferrari have changed their business outlook to appeal to the modern audience.

Last year, Ferrari appointed Benedetto Vigna as the CEO of the company to move away from the combustible engines. Ferrari has also opened a fashion collection and a restaurant in Maranello. Exor has also acquired Shang Xia, a chinese luxury brand and entered a partnership deal with The World-Wide Investment Company Ltd to make high-end consumer goods. The partnership with Ive and Newson is being seen as a significant tie up to not only revamp the image of Ferrari as a statement, but also exploring new paradigms in the coming future.