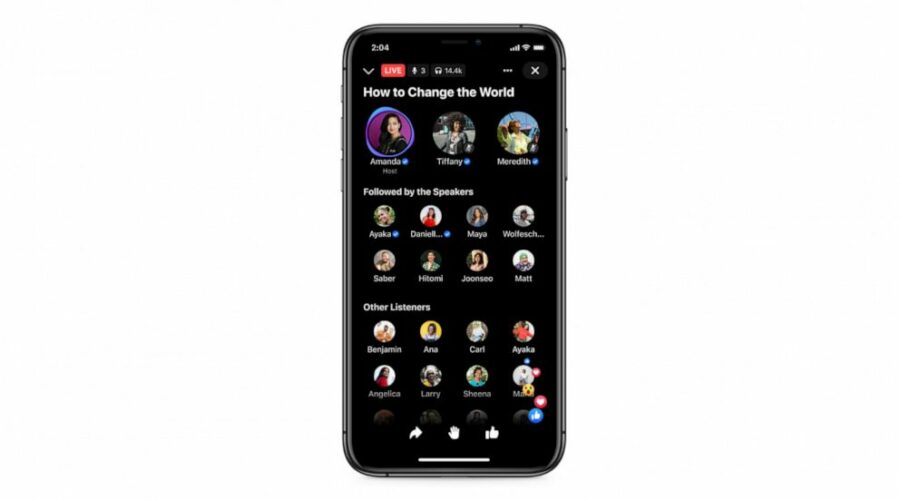 The “Live Audio Rooms” and in-app podcast-hosting initiative was announced Monday by Fidjii Simo, the head of Facebook’s app. Initially, Simo said in a company blogpost that “public figures and select Facebook Groups in the U.S.” can create Live Audio Rooms on Apple iOS devices, and selected podcasts from marquee names will be available to American audiences.

The company hopes to expand the ability for more public figures and groups to host live audio rooms in the coming weeks, Simo added.

The Live Audio Rooms feature, similar to the Clubhouse app that exploded in popularity last year, lets public figures initiate live conversations with up to 50 speakers and an unlimited number of listeners. Public figure hosts can invite friends, followers, or listeners in the room to be a speaker. In groups, admins can control who can create a Live Audio Room. If it is a private group, only members can join the audio room — otherwise, the public can listen in as well.

Facebook users can discover audio rooms on their news feed and via notifications, Simo stated, and there are interactive features that let listeners show their support for speakers.

Grammy-nominated electronic artist TOKiMONSTA, football star Russell Wilson, and scholar-activist Rosa Clemente are among the public figures who are slated to host conversations as part of the audio rooms’ launch.

The podcasts feature, meanwhile, will let users listen to podcasts via a mini-player while still scrolling through Facebook. The full-screen experience will also let users continue to listen to podcasts even when they turn off their phone display. Simo teased that later this summer they will roll out captions and the ability to create and share a short clip of a podcast on Facebook.

The initial slate of podcasts will include content from Joe Budden of “The Joe Budden Podcast,” Nicaila Matthews Okome of “Side Hustle Pro” podcast fame and more.

Clubhouse gained immense popularity amid the pandemic, reportedly amassing some 10 million weekly active users since it launched last year. Among its users is Tesla CEO Elon Musk. It has courted controversy at times, however, for alleged content that features unchecked racism or other hateful material. The company has since revamped its community guidelines.

In April, when Facebook first unveiled its upcoming audio features, the company noted plans for “appropriate safety and privacy safeguards” in a company blogpost.

Finally, Simo on Monday teased more audio features that will be unveiled on the platform in the coming months, saying that Live Audio Rooms and podcasts “is just the beginning of our audio journey.”