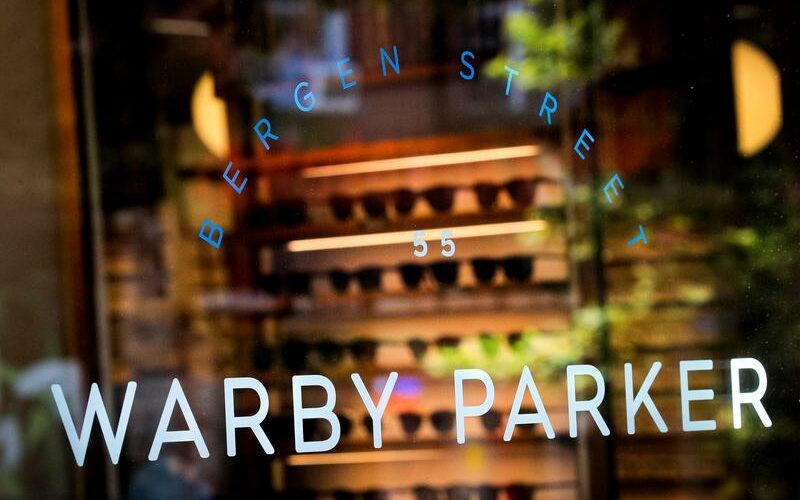 A sign is seen on the door of a Warby Parker store in Brooklyn, New York, U.S., June 24, 2021. REUTERS/Brendan McDermid

(Reuters) – Eyewear company Warby Parker on Tuesday filed paperwork with U.S. regulators for a direct listing on the New York Stock Exchange, revealing a 53% surge in revenue for the first half of 2021.

The company, whose existing investors include Tiger Global Management and General Catalyst, did not disclose the number of Class A common shares its stockholders were looking to sell. It will not receive any proceeds from the sale of such shares.

The New York-based firm, known for its fashionable eyewear starting at $95, was valued at $3 billion after a $245 million funding round in 2020, the Wall Street Journal had reported here.

The co-founders of Warby, who were classmates at the Wharton School of the University of Pennsylvania, got the idea for the company in 2008 after co-Chief Executive Officer Dave Gilboa found the cost of replacing eyeglasses lost on a Southeast Asia backpacking trip to be too high.

Founded later in 2010, the company now has an active consumer base that exceeds two million as rising usage of smartphones, tablets and other devices increases the need for vision correction.

A direct listing like Warby’s allows companies to list their stock on public exchanges by sidestepping a costly and time-consuming initial public offering.

The U.S. Securities and Exchange Commission approved a Nasdaq Inc proposal to allow companies to raise capital through direct listings in May. Companies have not raised any capital through such listing procedures so far.