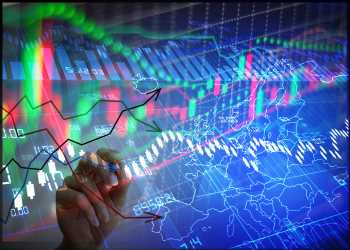 European stocks fell sharply on Thursday and were on course for their worst quarter since the pandemic-led carnage in early 2020 amid worries about prolonged inflation leading to a global economic downturn.

The dollar remained on the front foot against major peers after the world’s top central bank chiefs warned that the high inflation pressure may last longer than expected.

Cleveland Fed chief Loretta Mester said the U.S. central bank is “just at the beginning of raising rates” and there are “risks of recession.” She wants to see the benchmark lending rate hit 3-3.5 percent this year and “a little bit above four percent next year”.

The day’s economic data proved to be a mixed bag, with Germany’s retail turnover recovering in May driven by non-food sales, while unemployment unexpectedly rose – snapping 15 straight months of decline.

French inflation quickened to the fastest since the euro was introduced, raising pressure on President Emmanuel Macron to address high inflation through a package of measures.

Thee eurozone jobless rate in May fell to 6.6 percent from a revised figure of 6.7 percent in April.

Uniper SE shares plummeted 18 percent. The German utility withdrew its outlook for the financial year 2022, due to gas supply restrictions by Russia’s Gazprom.

Saab jumped 7.7 percent after the Swedish defense materials group won an order worth around 7.3 billion Swedish crowns from the Swedish government.

British business supplies distributor Bunzl edged up slightly after upgrading its guidance for the year.