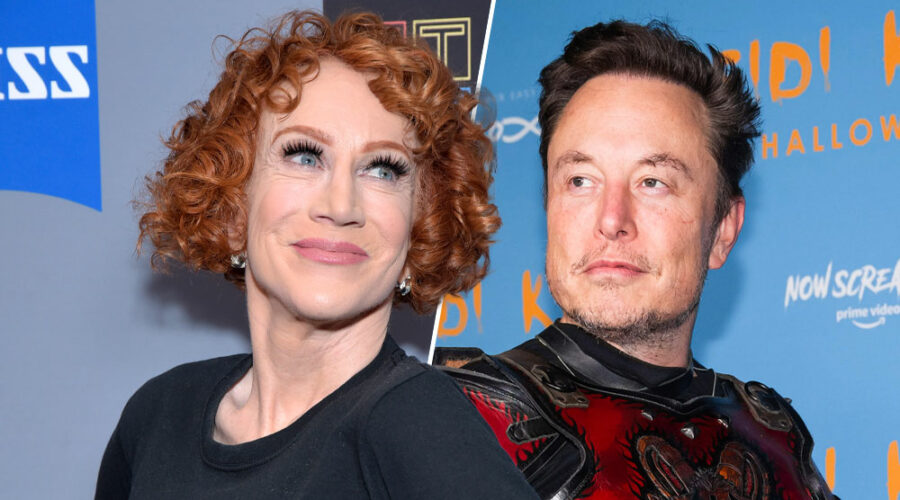 Who could resist an invitation like this: Twitter owner Elon Musk says comic Kathy Griffin can return to Twitter — but he misspelled her name as “Kathie.”

Griffin, who was suspended for impersonating Musk in satirical posts, responded to the invitation on Instagram.

Elon Musk's Twitter Shuts Staff Out Of Offices Until Monday

“Dear Eilon,” Griffin responded on Instagram. “You f**ked up, fool. I’m going downstairs to my basement of heads. You’re up. Xxoo, The Beheader”

As for Donald Trump’s suspended account, Musk wrote that a “decision has not yet been made.”

The Babylon Bee, a conservative satirical website that lost its posting privileges in March after a transphobic tweet about U.S. Assistant Secretary for Health Rachel Levine, responded to today’s decision from Musk with: “We’re back. Let that sink in.” The site’s March 19 tweet about Levine remains on the Bee’s page.

Peterson, a clinical psychologist and right-wing author, was restricted by Twitter last summer for a crude post deadnaming trans actor Elliot Page. A copy of that post remains on Peterson’s reactivated account that now features a pinned post stating, “I’m back. Thanks @ElonMusk” above a photo of Jack Nicholson’s “here’s Johnny” scene from The Shining.

Musk mentioned the three reactivated accounts in a tweet today announcing that Twitter’s new “policy is freedom of speech, but not freedom of reach. Negative/hate tweets will be max deboosted & demonetized, so no ads or other revenue to Twitter. You won’t find the tweet unless you specifically seek it out, which is no different from rest of Internet.”