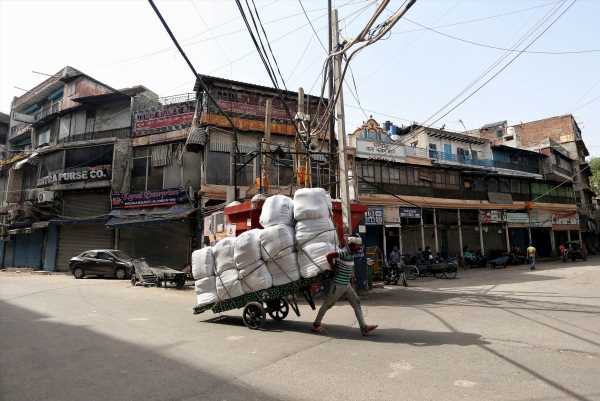 ‘To reduce the shock to the economy, the time has come for the fiscal to step up.’

The time has come for the government to offer fiscal stimulus to support the economy and reduce the Covid2.0 shock, Uday Kotak, outgoing president of the Confederation of Indian Industry (CII), tells Shrimi Choudhary/Business Standard.

Is there any specific industry demand being taken up by CII on vaccination?

CII has been working closely with its members for vaccinating their employees and is making steady progress. We are working with the government and vaccine manufacturers to increase the vaccine available for Indian business and industries.

Do you think the new vaccination policy is working efficiently?

The vaccination process is going to be crucial for our future. The current three-way negotiation and states competing with each other would be very messy. I am not sure how effective it is to have states compete with the private sector.

The current process of vaccination has three categories. One, 50 per cent with the central government and other two are open ended with states and the private sector.

My recommendation would be that we should move it to two parts — 75 per cent and 25 per cent — and keep the pricing part as a separate discussion.

In the first part, the Centre can procure 75 per cent and allocate to states equitably. The remaining 25 per cent can go directly to the private sector allowing them to work with hospitals and other sites.

What is the impact of the second wave on the economy?

I think there is going to be a Covid 2.0 shock which the economy is getting as we speak.

By the end of FY22, we should be back at around 100 with a GDP growth of around 8-9 per cent as things stand today.

In order to reduce the shock to the economy, the time has come for the fiscal to step up. I would recommend two parts to fiscal support.

One, support the lower end of society by direct intervention through ways such as direct benefit cash transfer.

The government must consider a broader programme including most stressed sectors and increase the support to Rs 5 lakh crore (Rs 5 trillion).

I believe the time has come for fiscal stimulus to support the economy.

What is your thought on easing the pandemic-induced lockdown in states?

We need to open up in a calibrated manner while taking care of vaccination supply and capacity building.

Also, the unlock should be based on science and expertise and not ad hocism.

Projections by experts say that by the end of June, we should be at around 50,000 cases. Two factors are there — progress in the vaccination drive and peak capacity building in terms of vaccines, oxygen supply, hospital beds, availability of life-saving drugs etc.

So, the effort should be such that the third wave does not come or at least has a milder effect.

But if it arrives, we should have enough capacity to ensure that challenges that we faced in the second wave don’t surface again.

How are you seeing the future of the workplace?

Geography is history. I think the demand for commercial space is certainly lower than before for the same number of employees. So some commercial space will be available and home is going to be the centrepiece of the world.

You will find flexibility at the workplace where they can work from anywhere in the world.

What are your thoughts on the government’s ambitious Aatmanirbhar Bharat push?

In many ways, Covid 2.0 has highlighted that there are parts where we will have some interdependencies. So we can’t be completely secluded.

Having said that, we will be better in withstanding shocks if we are stronger as a country. We have to be engaged and globally competitive, but then at the same time we must get stronger.

We can’t shut ourselves from the rest of the world. If self-reliance means getting stronger as people and as a country, it is a good sign. 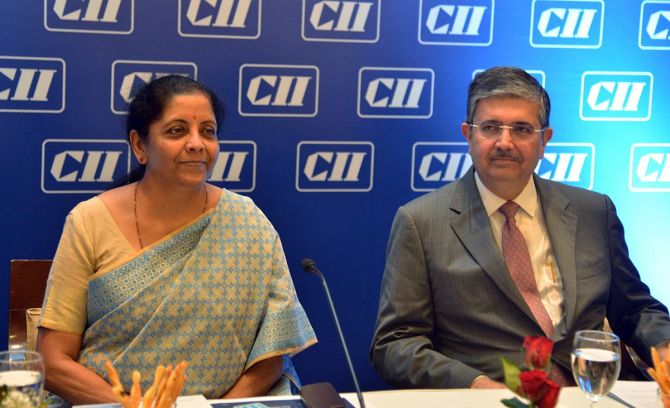 The pandemic has impacted business and resulted in job losses. Do you see things normalising?

Job losses must be divided into two parts — tactical and structural.

Tactical because business is going through a downturn amid the pandemic, but ultimately it will come back.

Structural because business is fundamentally changed and will not be the same, so we have to treat it differently.

On a different note, why is there a push back from industry on the split of chairman and CEO roles under Sebi regulations ?

There is a difference in what our committee recommended and what Sebi final guidelines entailed.

Our committee recommended the chairman to be non-executive and managing director to be executive, seeking to separate the two roles.

But Sebi guidelines say that the two can’t be related.

Though we support the split of the two roles, we also have no problems if the two were related or being relatives.

The committee had said that this is the process of evolution and let us get these two roles defined.

We must ensure that Indian entrepreneurship spirit is nurtured and at the same time governance is improved.

Secondly, we have never said that a chairman can be an independent director, we proposed that the chairman would be non-executive and can be either independent or promoter entity.

But there is nothing stopping the chairman to be non-executive chairman of the company.

What is your take on India’s fiscal situation and also on global inflation?

The fiscal situation in India is quite okay, keeping in mind that revenue numbers are more conservative than the estimates and there have been additional dividends from the Reserve Bank of India as well as food subsidy of Rs 50,000 crore (Rs 500 billion).

So, there is a lot of cushion the government has in the fiscal space. That is why my advice is to put that out to support the economy.

On global inflation, the US has two schools of thoughts. One is supported by the federal reserve and inflation. Second is structural.

I think the jury is out, but a clear position will take some more time.

My personal view is that if you print so much money in the world, there has to be a sting in the tail and ultimately there will be a structural inflation in the US, which may be 12-24 months from now.