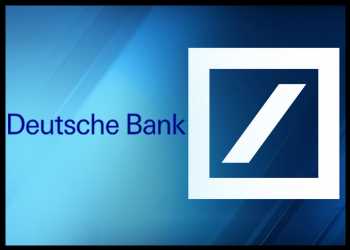 Deutsche Bank AG reported Wednesday higher profit in its second quarter with increased revenues. Looking ahead, the German banking major said it expects a more challenging second half, and reaffirmed its guidance for fiscal 2022 and 2025, despite the deterioration in the macro-economic environment seen in the second quarter. The shares were losing around 3 percent in the morning trading in Germany as well as in the pre-market activity on the NYSE.

James von Moltke, Chief Financial Officer, said, “Based on the resilience we have demonstrated in the first half, we reaffirm our 2022 revenue guidance, which we raised earlier this year. We continue to work towards our eight percent return on tangible equity target. At the same time, we face cost pressures in a more difficult environment than expected and continue to invest in the long-term strength of our platform. We remain fully committed to our sustainable growth strategy and to all our financial targets for 2025.”

For 2022, Deutsche Bank continues to expect revenue between 26 billion euros and 27 billion euros. The bank also confirmed all other 2022 financial targets including a CET1 capital ratio of above 12.5 percent and a leverage ratio of around 4.5 percent.

Further, the bank reaffirmed the goals of its strategy of sustainable growth through 2025, targeting compound annual revenue growth of 3.5 percent to 4.5 percent.

Profit before tax was 1.55 billion euros, its highest second-quarter profit since 2011, and was up 33 percent from last year’s 1.17 billion euros.

Net revenues went up 7 percent to 6.65 billion euros from prior year’s 6.24 billion euros, driven by growth across all core businesses.

In the core businesses, Corporate Bank revenues grew 26 percent, and the increase was 11 percent in Investment Bank, 7 percent in Private Bank and 5 percent in Asset Management.

In Germany, Deutsche Bank shares were trading at 7.90 euros, down 3.5 percent.

In pre-market activity on the NYSE, the bank shares were trading at $8.04, down 2.7 percent.