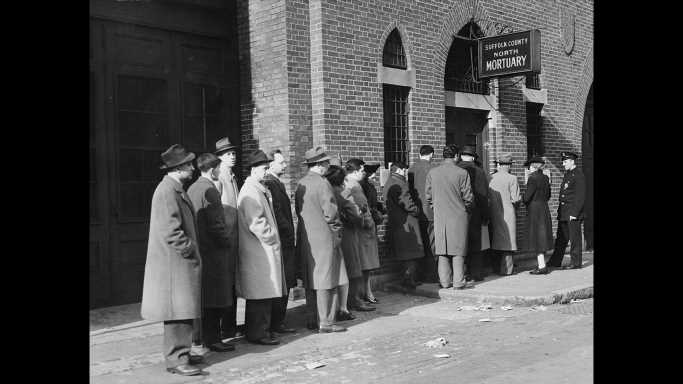 The period in U.S. history from the end of the Civil War into the first half of the 20th century was marked by a massive influx of work-hungry immigrants and major technological advances. Labor, building, and fire codes among others, however, took longer to catch up to these developments, and safety standards in workplaces and elsewhere were minimal. Indeed, many deadly fires and explosions nationwide happened during that time.

To determine the deadliest fires and explosions in U.S. history, 24/7 Wall St. reviewed data on fire casualties from the National Fire Protection Association. Fires and explosions were ranked on an estimated number of deaths. (It is important to note that death estimates for these disasters may sometimes vary by source.) Dates, casualty estimates, and locations came from NFPA. Data is current through December 2022.

Six of the deadliest fires and explosions in U.S. history happened from 1865 to 1900. Two of these incidents still rank among the top five deadliest: the Sultana steamboat fire of April 27, 1865, in the Mississippi River near Memphis, Tennessee, and the Peshtigo forest fire in northwestern Wisconsin on Oct. 8, 1871. These disasters claimed 1,547 and 1,152 lives, respectively. (These are the 13 most destructive wildfires in U.S. history.)

Five major fires or explosions took place in the United States from 1903 to 1909, making the first decade of the 20th century the deadliest for major U.S. fires and explosions. One of these disasters, another steamboat fire, still ranks among the top five deadliest: the General Slocum steamboat disaster in the East River of New York City on June 15, 1904.

Named after a Civil War general who would later represent Brooklyn in Congress, the wooden triple-deck paddler was chartering a large group of German immigrant Lutherans when it caught fire between Queens and Manhattan, killing more than 1,000 passengers and instigating a national dialogue about steamboat safety. In 1906, the city erected a memorial fountain to serve as a reminder of the tragedy in the Lower East Side’s Tompkins Square Park. It still stands today.

Other than steamboat and forest fires, the list includes four mining disasters, several building fires (including a school, theaters, and nightclub), disasters at ports, and an industrial fire. An earthquake was the cause of the disaster in San Francisco in 1906. (These are 10 of the deadliest natural disasters in the world since 1980.)

Only one of the 20 deadliest fires and explosions in U.S. history happened since 1947 – and it was caused by a group of radical hijackers who sent two planes into the World Trade Center towers, killing thousands of people on the morning of Sept. 11, 2001, including hundreds of first responders.

Here are the deadliest fires and explosions in U.S. history.