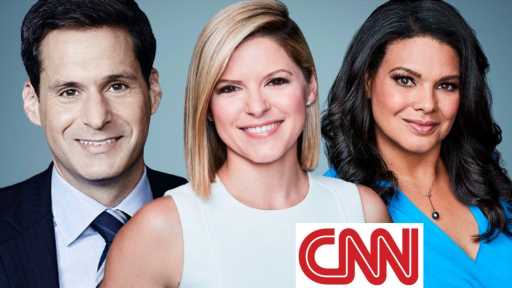 CNN unveiled an overhaul of its dayside lineup on Wednesday, with plans for morning and afternoon blocks of programming that will each feature anchor trios while emphasizing more energetic breaking news and event coverage.

The approach, the network indicated, would resemble the network’s special event coverage like election night, with a heavy use of graphics and standing anchors, along with ongoing updates from correspondents in the field. A recent example was the way that the network provided ongoing coverage last week of the House Speaker vote.

John Berman, Kate Bolduan and Sara Sidner will anchor a standalone program, based in New York, from 9 AM ET-noon ET on weekdays. Brianna Keilar, Boris Sanchez and Jim Sciutto will anchor from 1 PM ET-4 PM ET from Washington. The blocs will be produced in Atlanta. Inside Politics will remain at noon-1 PM ET, anchored by John King.

Other changes: Victor Blackwell, who has been anchoring weekdays from 2-4 PM ET, will now anchor the 10 AM ET hour on Saturdays and co-anchor CNN This Morning Weekend with Amara Walker out of Atlanta. Alisyn Camerota, another dayside anchor who has been filling in on CNN Tonight, will now focus solely on the 10 PM show, and Laura Coates will focus solely on the 11 PM show. Jim Acosta will also be expanding his role on the weekends, now anchoring 4 PM ET to 8 PM ET on Saturday and 4 PM ET to 7 PM ET on Sundays for CNN Newsroom weekend.

Chris Licht, CNN Worldwide chairman and CEO, said in a statement, “We are leaning into our greatest strengths, showcasing our unparalleled newsgathering operation and giving our anchors the room to be more authentic. We’ve seen how our audience responds to this format, and we believe it will put us in a position of strength going into the evening and primetime hours.”

No date has been announced for the launch of the changes, but it is expected in the spring. It follows the network’s relaunch of its morning show as CNN This Morning, which teamed Don Lemon, Kaitlan Collins and Poppy Harlow. Variety first reported on some of the details of CNN’s plans to overhaul the dayside time slots.

The move to focus on breaking news during the dayside hours will be a contrast to the nighttime hours, where CNN features a mixture of breaking news, interviews and analysis while its rivals devote their timeslots to opinion hosts. The network has yet to name a permanent show for the 9 PM ET hour, where a rotating series of hosts have anchored since Chris Cuomo’s abrupt exit in December, 2021.

CNN unveiled a promo that highlighted its coverage last week of the Capitol Hill drama.

11/01/2023 Business Comments Off on CNN Unveils Overhaul Of Dayside Lineup With Anchor Trios, Emphasis On Breaking News And Events
Markets