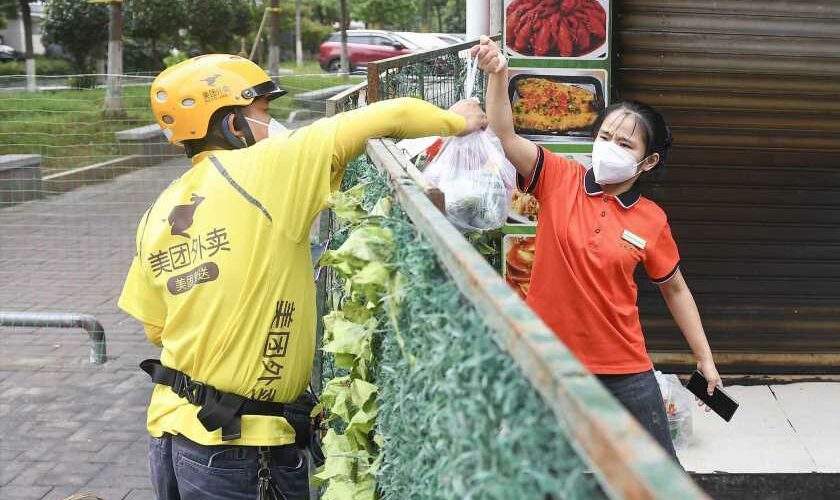 BEIJING — China's services industry contracted in August for the first time since the height of the pandemic early last year, according to official data released Tuesday.

The National Bureau of Statistics' monthly survey of businesses found the non-manufacturing Purchasing Managers' Index (PMI) fell to 47.5 in August, down from 53.3 in July.

The latest reading also marked the first drop below the 50 line since February 2020 when China shut down more than half the country in an effort to contain the coronavirus. Readings below 50 indicate contraction in business activity from the prior month, while those above 50 reflect expansion.

This month's drop in the services PMI comes as the spread of the highly infectious delta variant in late July and August prompted Beijing and many other major cities to announce travel restrictions and lockdowns on some apartment communities.

By last week, daily reports of new domestically transmitted cases had dwindled to zero and the National Health Commission said the risk of a nationwide outbreak had been contained.

The official manufacturing PMI showed businesses activity expanded for an 18th straight month in August, at 50.1. That was slightly below the 50.2 level forecast by a Reuters' poll.

China was the first major economy to contain the coronavirus pandemic last year. However, retail sales have lagged the overall recovery, and came in below expectations in July amid uncertainty about new regulation and employment prospects.